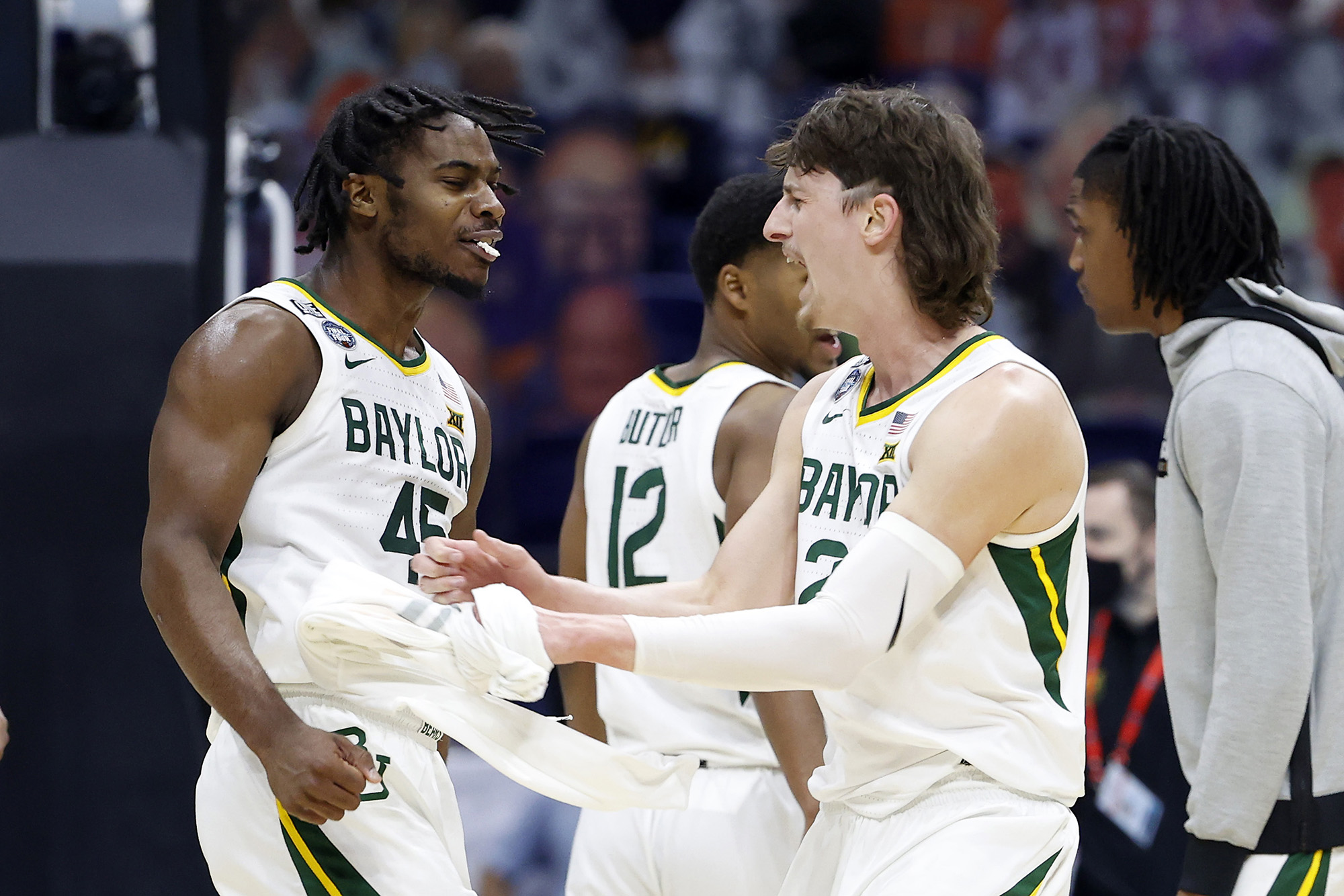 Baylor felt it had the potential to make history last year. The Bears finished second in the loaded Big 12, were ranked fifth in the nation and were positioned to receive the highest NCAA Tournament seed in program history.

Then the COVID-19 pandemic hit. Everything was canceled. Baylor never even played a postseason game. At that moment, however, the Bears came together and used it as motivation. The entire core returned, with Jared Butler and Davion Mitchell passing on the NBA draft.

“With a lot of us deciding to come back, it was like we were getting the band back together,” Butler said before Saturday’s Final Four game against Houston.

Baylor’s players made sweet music together this season, following up a Big 12 regular season crown with a run toward Monday’s national championship game after landing its first No. 1 seed ever. Saturday night, the Bears continued to devastate quality opponents.

Houston, the second seed, was the latest victim, ripped apart, 78-59, at Lucas Oil Stadium as Baylor reached the national championship game for the second time, and the first time since 1948. The Bears will face the winner between Gonzaga and UCLA Monday night, gunning for the university’s first title.

Of the two national semifinals, the Baylor-Houston game was supposed to be the more competitive one. The Bears (27-2) were just five-point favorites, which was silly in retrospect. They manhandled the Cougars (28-4), one of the premier rebounding teams in the country, on the glass, out-rebounding them 32-24. They had no problem with Houston’s pressure defense, the Cougars’ calling card. The Bears shot 52 percent from the field and went 11-for-24 from 3-point range. They had 23 assists on 28 made baskets, the ball moving side to side, in and out.

This was more than the Baylor big three of MaCio Teague, Mitchell (11 assists) and Butler, who had a team-high 17 points. They each reached double figures to combine for 40 points. The Bears’ bench scored 30 points, 12 coming from matchup nightmare Matthew Mayer, and they were stingy on the defensive end, holding Houston’s star duo of Quentin Grimes and DeJon Jarreau to 7-for-22 shooting.

The two teams didn’t look like they belonged on the same court in the first half. Baylor more than doubled up Houston in points scored (45-22), shooting percentage (57-27) and assists (12-5).

Baylor held a 23-point edge at the half even though Teague, its leading scorer through four rounds of the tournament, went scoreless. Less than halfway through the first half, Houston faced its largest deficit of the tournament. Runs of 14-3 and 11-0 gave the Bears a commanding 38-17 lead. Houston committed more turnovers (nine) through the first 20 minutes than it had made field goal attempts (seven).

Butler was Baylor’s best player, scoring 17 points on 6-of-8 shooting — more than he had amassed in a single tournament game before tipoff.

Only Marcus Sasser showed up for Houston, scoring 17 of his team’s 20 first-half points and finishing with a team-high 20.

The second half was at least respectable. Houston got as close as 16, and at least didn’t set any records in futility. That was the extent of the positives for the Cougars.