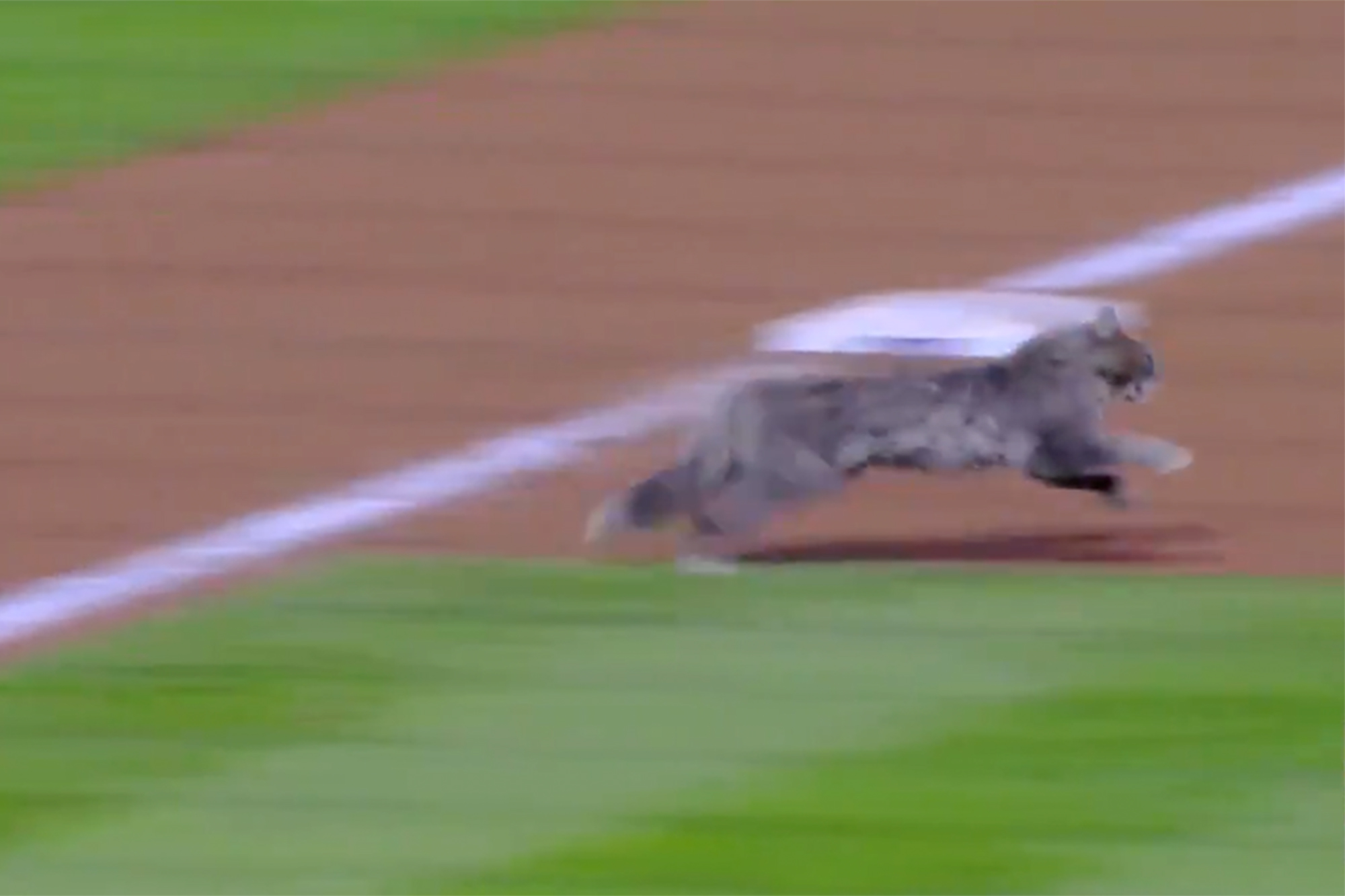 A runaway cat stole the show during an already wild ballgame at Coors Field Friday night, waiting until the 8th inning to risk one of its nine lives in the mile-high limelight.

The grey cat ran darted onto the field from somewhere near the visitors dugout during the Rockies vs. Dodgers match, game footage showed.

The cat made a mad dash for second base before hanging a left into centerfield and racing around the outfield as the hometown crowd cheered in delight.

After about 25 seconds, the fleet-footed feline needed a breather and laid down on the grass, heavily panting.

It then made a break towards the warning track, where it was scooped up by a female stadium employee, to the dismay of the crowd.

Just an inning before, Trevor Bauer took a no-hit bid into the seventh in his Dodgers debut. He squandered two homeruns to break up the no-no, but the defending champions held on to blow out Colorado 11-6.

It’s unclear where the cat came from, or what happened to it after the game.

But it got rave reviews for its performance on the field.

“Good footwork, likes to go to his left, tends to avoid contact,” one wag tweeted.

Where to find corner infield bargains