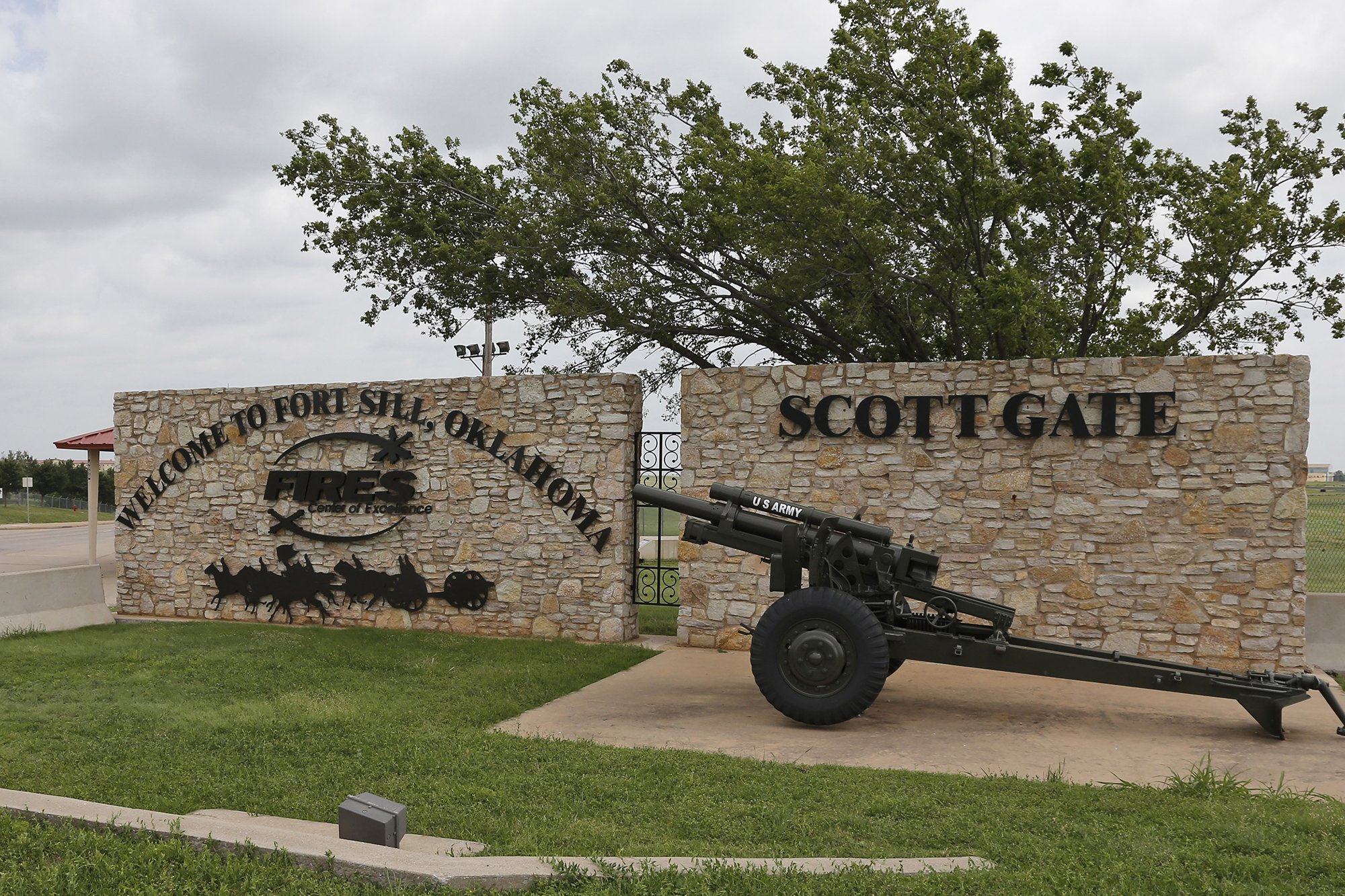 Multiple training officers at an Oklahoma Army base were suspended this week after a female trainee stationed there reported she was sexually assaulted at the post.

“This past Saturday, a soldier assigned to Fort Sill reported she was the victim of sexual assault, involving Fort Sill cadre members,” Maj. Gen. Ken Kamper, commander of Fort Sill, said at a press conference.

The Army’s Criminal Investigative Division is handling the investigation.

The cadre are officers and noncommissioned officers who provide training at the base. It is not clear how the training personnel were involved in the assault, Stars and Stripes reported.

The soldier was assigned a special victims counsel, has access to all services and is “absolutely safe,” Kamper said.

“We’re proud of the courage she displayed coming forward with these allegations,” he said. “We’re also committed to protecting the privacy of this soldier.”

Fort Sill houses the Army’s Fires Center of Excellence, which conducts training and education for enlisted soldiers and officers working in the fields of air defense artillery and field artillery.

Kamper said it’s unusual for training personnel to be involved in sexual assault allegations. “It’s just a heartbroken, sad, sad feeling that something like this has happened,” he said, according to KSWO, an area ABC affiliate. “On a personal level, it’s just heartbreaking, and with that same level of heart brokenness we are determined to take this absolutely seriously.”

“That’s the significance here,” he said. “Sexual assault will not be tolerated. It tears at the fabric of our community.”

The Defense Department on Wednesday held its first meeting of an independent review commission on sexual assault, which is charged with making recommendations to Defense Secretary Lloyd Austin about how to combat the problem in the military.

Defense Department data shows that reports of sexual assault to the agency rose 3 percent in 2019, to 7,825. But the same report estimates that figure represents just 6.2 percent of women and less than 1 percent of men who are assaulted.

Take the points with UCLA, Houston in Final Four

A lot going on in LeBron James’ ‘Space Jam’ trailer

A lot going on in LeBron James' 'Space Jam' trailer

Matt Harvey gets another MLB chance with Orioles