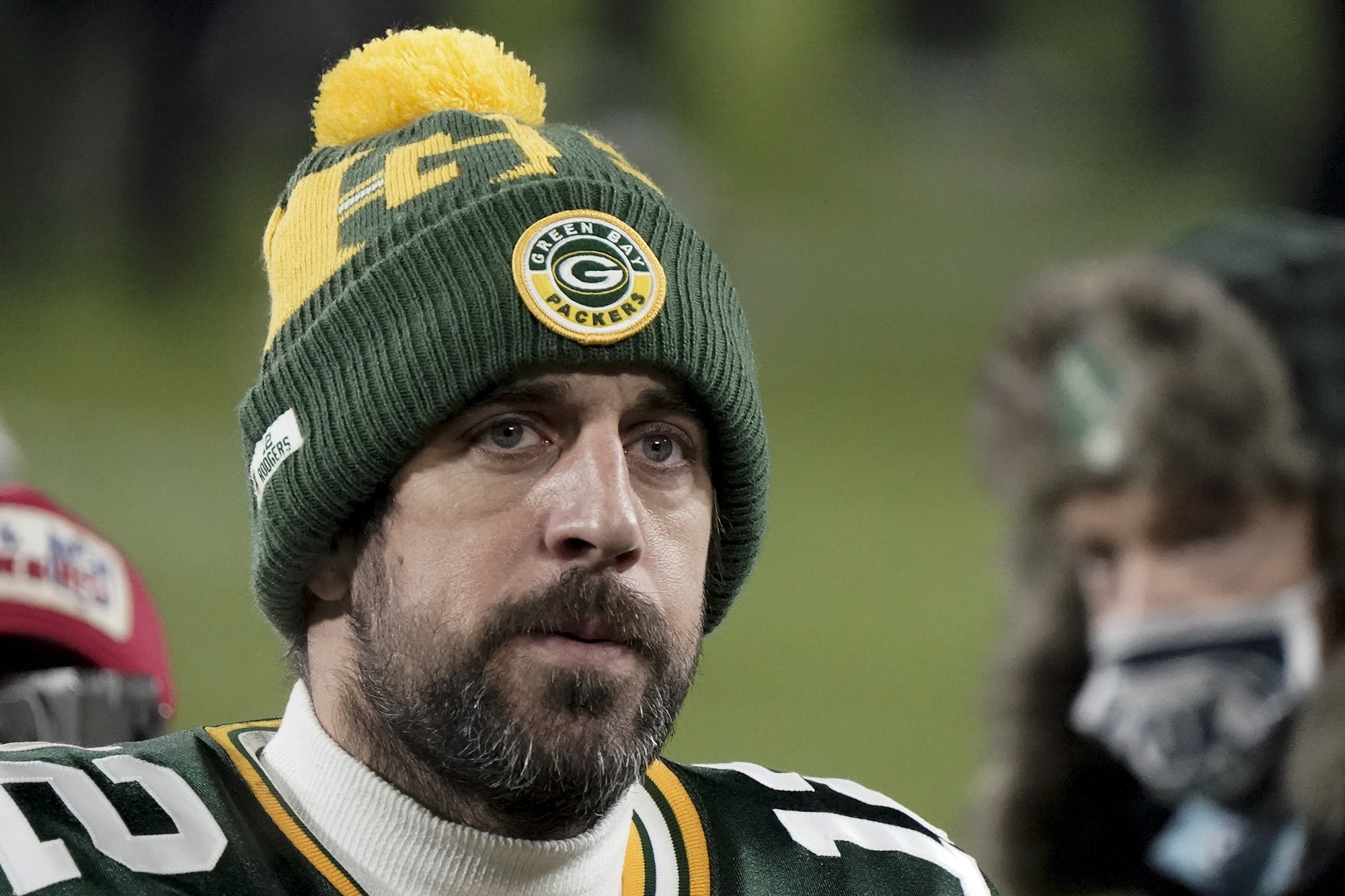 Aaron Rodgers still is deadly with a football in his hands.

His future? Not in his hands.

Winning a third NFL MVP last season bought Rodgers another season as the Packers starting quarterback, keeping 2020 first-round pick Jordan Love on the bench. But it’s a year-to-year decision for the Packers, who have Rodgers under contract through 2023 and a ticking clock to evaluate Love.

“I said last year I didn’t know if that was actually possible to be able to finish there,” Rodgers said Friday during “SportsCenter” with Kenny Mayne. “I still feel that’s kind of where we’re at. I don’t know that a lot of that is in my hands. I guess we’ll just kind of see as we go.”

Mayne asked the 37-year-old Rodgers, who was drafted by the Packers in 2005 and sat for three seasons behind Brett Favre, to declare he is a Packer-for-life.

”Ken, you and I both know that’s not how it works,” Rodgers said through a chuckle.

Rodgers hasn’t asked for a trade like the Texans’ Deshaun Watson. And he hasn’t leaked his preferred destinations if he were to be traded like the Seahawks’ Russell Wilson.

Instead, Rodgers actually seems to enjoy the constant speculation about his future and the pressure it applies to the Packers not to let go of a future Hall of Famer still in his prime.

The Packers recently paid Rodgers’ $6.8 million roster bonus rather than converting it to a signing bonus, which would have bought them salary cap space in 2021 by spreading out money across future years. That decision was interpreted as not committing to Rodgers long-term because the amortized signing bonus would result in dead cap space if he is not on the team in 2022.

Rodgers will begin a two-week stint as guest host of “Jeopardy” on Monday. The episodes were taped in February.

Argentine president tests positive for COVID after being vaccinated

Expect a lot of points