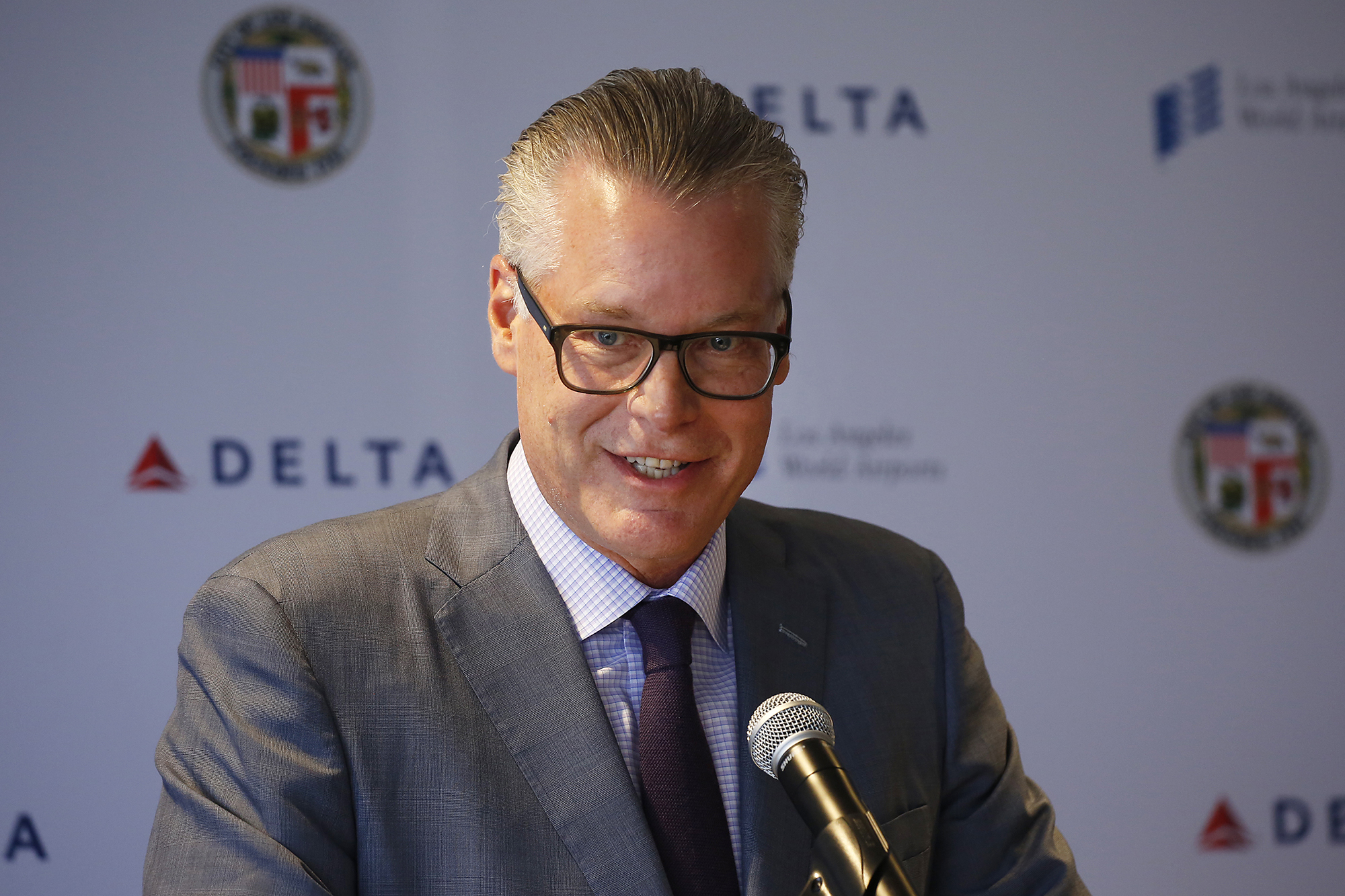 The CEO of Georgia-based Delta Air Lines said Wednesday that the state’s new election law overhaul is “unacceptable” and “based on a lie,” after the company faced criticism that it didn’t speak out forcefully enough in opposition to the bill when it was being considered by the state’s Republican leaders.

CEO Ed Bastian offered his assessment of the new Georgia law in a memo sent to employees less than a week after Delta officials joined other corporate lobbyists to shape the final version of a sweeping measure that could make it harder for some Georgia citizens to cast ballots.

The memo, obtained by The Associated Press, comes amid a smattering of calls for consumer boycotts of Delta and other Georgia-based brands, including Coca-Cola, UPS and Home Depot. The Major League Baseball players union also has raised the possibility of moving the summer All-Star game from the Atlanta Braves home stadium.

Delta Air Lines initially issued a statement touting some parts of the law, such as expanded weekend voting, but said “we understand concerns remain over other provisions in the legislation and there continues to be work ahead in this important effort.”

But Bastian spoke more forcefully in Wednesday’s memo to employees.

“The entire rationale for this bill was based on a lie: that there was widespread voter fraud in Georgia in the 2020 elections. This is simply not true,” Bastian wrote, alluding to former President Donald Trump’s claims that his loss was due to fraud. “Unfortunately, that excuse is being used in states across the nation that are attempting to pass similar legislation to restrict voting rights.”

Bastian repeated that Delta “joined other major Atlanta corporations to work closely with elected officials from both parties, to try and remove some of the most egregious measures from the bill. We had some success in eliminating the most suppressive tactics that some had proposed.”

But, he emphasized, “I need to make it crystal clear that the final bill is unacceptable and does not match Delta’s values.”

The new law was signed last week by Republican Gov. Brian Kemp, hours after it cleared the state legislature. It is part of a tide of GOP-sponsored election bills introduced in states across the country after Trump’s false assertions about the 2020 elections. President Biden won Georgia’s 16 electoral votes by about 12,000 votes out of almost 5 million cast, and Democrats won two Jan. 5 Senate runoffs to give the party control of the chamber on Capitol Hill.

Georgia officials, including Kemp and Secretary of State Brad Raffensperger, also a Republican, have vouched for the accuracy of the election counts even as they backed some changes that could make it harder for Georgians to cast absentee ballots, a method that more than a fifth of the November electorate used.

The Georgia law adds a photo ID requirement for voting absentee by mail, cuts the amount of time people have to request an absentee ballot and limits where drop boxes can be placed and when they can be accessed. It also bans people from handing out food or water to voters waiting in line and allows the Republican-controlled State Election Board to remove and replace county election officials while curtailing the power of the secretary of state as Georgia’s chief elections officer.

Republicans in Georgia insist the changes are needed to restore voters’ confidence.

Civil rights and voting rights groups have filed multiple federal lawsuits challenging the Georgia law. Activists also have turned their attention to congressional Democrats’ push for sweeping federal action on voting rights. Democrats’ measures in Washington could effectively override many of the changes being enacted in Georgia and considered in dozens of other state legislatures led by Republicans.

WHO report says animals were likely source of COVID-19