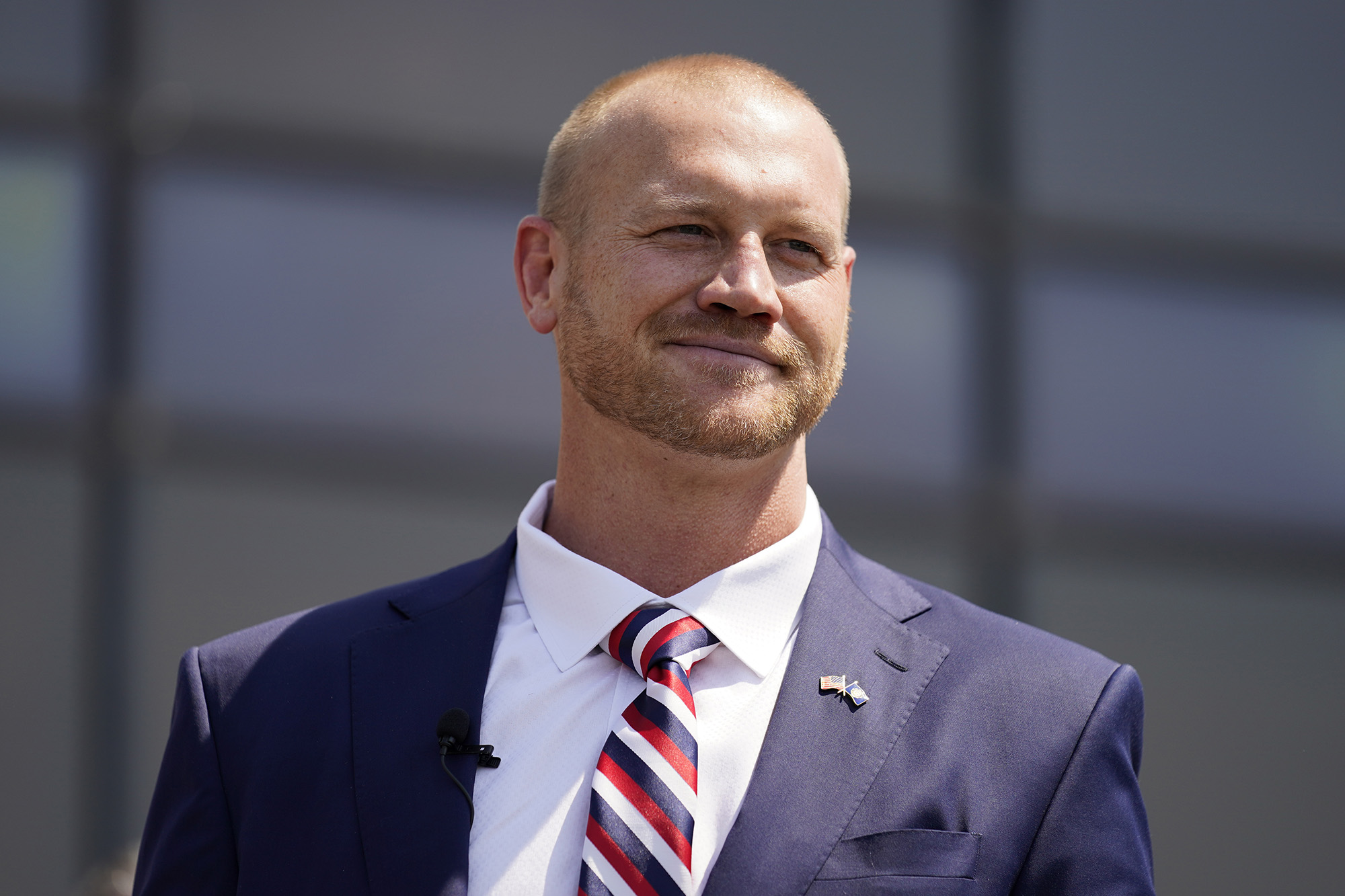 Everything’s bigger in Texas, including the political pandering.

Rodimer was born in New Jersey, played college football at the University of South Florida, and made an unsuccessful run to represent Nevada in the U.S. House of Representatives last year.

However, you wouldn’t know any of that from the ad released last week, in which Rodimer — sorry, “Big Dan Rodimer” — explains that “the three dirtiest jobs in the world” are “professional wrestling, politician and bull riding” before taking a spin on a massive bull. As Rodimer is thrown to the dirt, a bystander helpfully explains to the camera: “We call that bull Nancy Pelosi. She’s a beast.”

As the ad ends, Rodimer promises: “Hire me to represent you, and I’ll go to D.C. and kick some left-wing ass.”

While Rodimer looks and sounds like a minor character from “King of the Hill” in the Texas commercial — ten-gallon hat and all — a spot from his Nevada congressional run released in April 2020 shows him dressed in a conservative suit and tie and speaking to the camera with no trace of an accent.

“We have an old saying here in Texas: ‘I may not have been born in Texas, but I got here as fast as I could.’ And that’s why we came back,” Rodimer told CNN Monday. As for the difference in his voice, Rodimer claimed that “it’s gone. It’s been gone for the past three weeks … between the two videos that they put back-to-back, you know if you look at them, they were selectively edited. If you watch the whole thing, you’re going to hear my voice [and] it’s just like it is right now.”

Rodimer admitted to CNN that he used body doubles for the bull ride segment of his much-mocked ad before claiming that he “stayed on for 11 seconds.”

One Republican House member who was unimpressed by Rodimer’s ad was outspoken Rep. Matt Gaetz, R-Fla., who tweeted Friday: “Fake Texan makes fake video of fake bull ride. We already have enough phonies in congress. Texans, please send this Nevada man back to his true home state (where he lost two prior elections). Texas shouldn’t import its congressmen. Big Dan is all hat, no cattle.”

Rodimer is one of 11 Republican candidates running in the May 1 special election to represent Texas’ 6th congressional district. The previous representative, Republican Ron Wright, passed away Feb. 7 due to COVID-19.

While no fewer than five House Republicans from Texas have endorsed Wright’s widow, Susan, Rodimer has received one enthusiastic endorsement. Rep. Paul Gosar, R-Ariz., retweeted the bull riding ad with the exhortation: “Let’s put an end to all the BULL coming out of DC and get BIG DAN to Washington!”

James Harden could be in for hostile return to Rockets