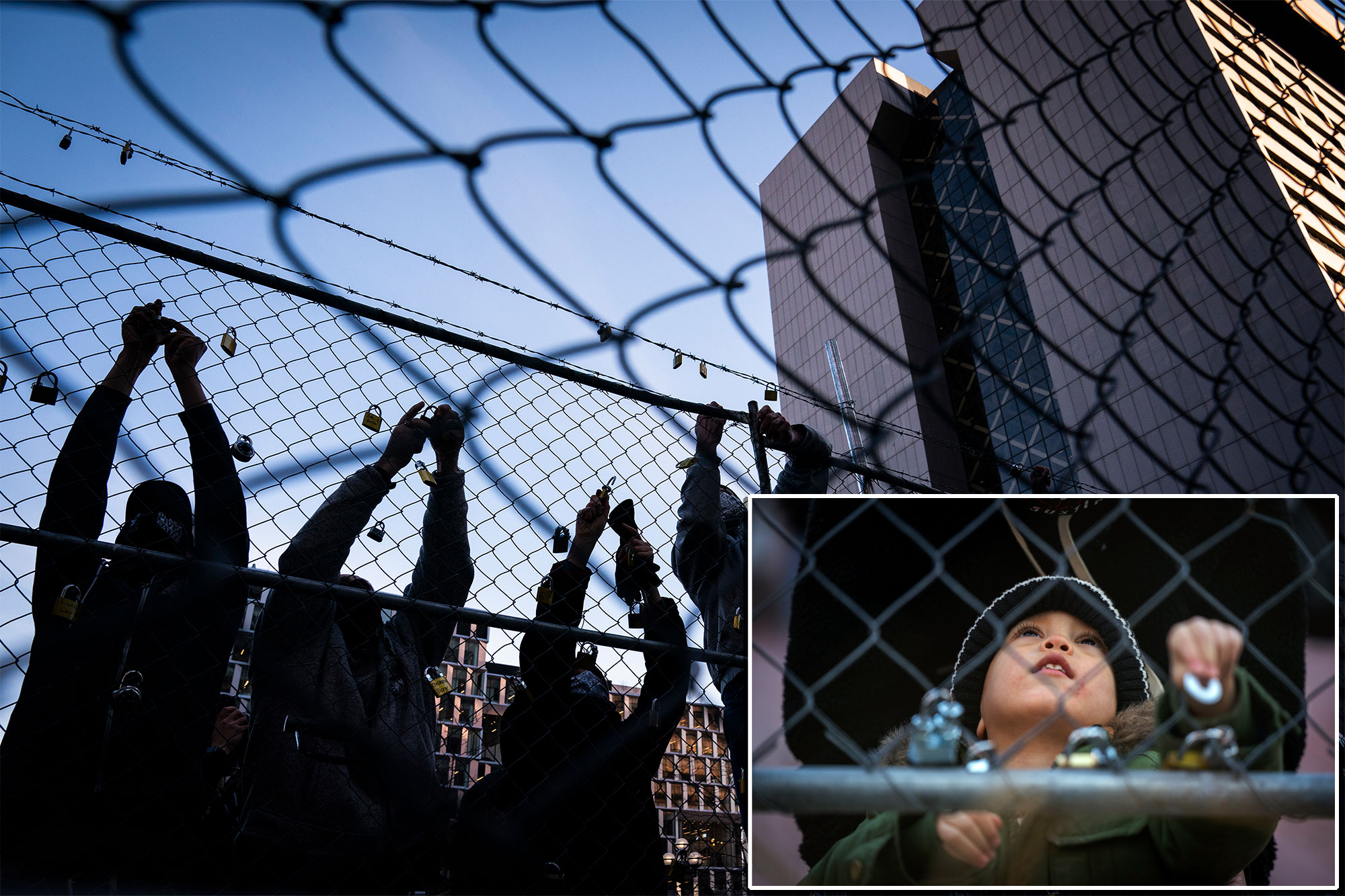 Protesters and the National Guard are clashing in Minneapolis — over padlocks.

Police brutality protesters in Minneapolis have been placing padlocks with the names of people killed by police on the fencing surrounding a courthouse where George Floyd’s accused killer is standing trial.

But shortly after the locks go up outside Hennepin County District Court, members of the National Guard clip them off, witnesses told The Post.

On Monday, a sign addressing the lock removals was attached to the fence.

“Every day you cut off the locks and remove the flowers and signs we put in memory of stolen lives,” it read.

“But the overflowing trash cans in Government Plaza haven’t been emptied in more than three weeks,” the sign states.

Zora Shank-Shabazz, 33, took her 7-year-old daughter to the fence Monday where they attached a lock for Dolal Idd, a 23-year-old man fatally shot by Minneapolis police last December.

“People are putting locks up with names,” a Minneapolis resident who identified herself as Rachel told The Post.

“They’re taking them off, the National Guard. It’s crazy,” she said.

Other government buildings in downtown Minneapolis, as well as city police precincts, are also protected by high perimeter fencing as the murder trial against former Minneapolis police officer Derek Chauvin began this week.

Chauvin was seen on video kneeling on George Floyd’s neck for nearly nine minutes before he died.

Yankees have one more roster decision to make

US box office notches strongest weekend since the pandemic began