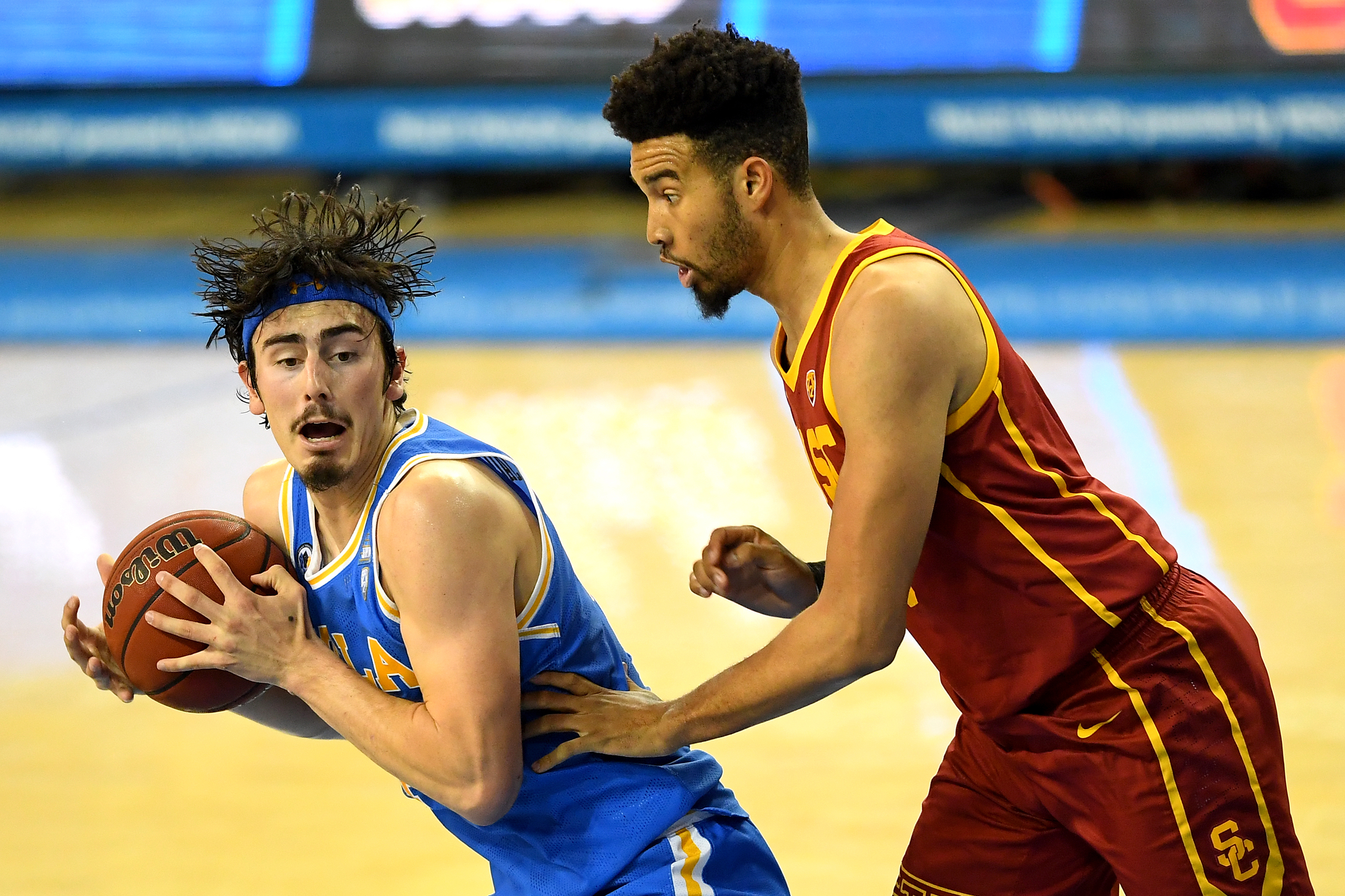 Tuley: Very few people had UCLA in the Elite Eight coming out of a “First Four” play-in game as a No. 11 seed (and I challenge anyone to find me a bracket with UCLA here that wasn’t filled out by Bill Walton), but the Conference of Champions had three teams a game away from the Final Four.

In this situation, we really can’t rely on rankings and stats accumulated over the course of the year (and in which Michigan racked up its stats against a conference that we’ve now learned was overrated) while UCLA’s past performances vs. the underrated Pac-12 weren’t given the credit they deserved. We have to rely more on what we’ve seen on the court, and considering I had Alabama beating Michigan in this round, I have to like the Bruins after the way they took care of Alabama despite being outsized on the boards. In addition, this game has an Over/Under of 135.5, so scoring will be a challenge, which helps when getting this many points. I have both teams scoring in the 60s.

Betting against the freight train that is Gonzaga is not typically an enjoyable experience. The undefeated Zags have won 28 of their 29 games this season by double figures. That includes wins over Kansas (102-90), Iowa (99-88), Virginia (98-75), and three double-digit wins over BYU. West Virginia was the only team to lose to Gonzaga by fewer than 10 points (87-82).

USC, however, poses a unique challenge with the Mobley brothers inside. Freshman Evan Mobley (7-foot) and sophomore Isaiah Mobley (6-10) have been tremendous during the NCAA Tournament. The Mobley brothers have combined to average 27.3 ppg, 17 rpg, and 3.7 blocks per game in the tournament. Defensively, USC has played a lot of zone and has held opponents to just 32 percent shooting. The Trojans currently rank fourth in KenPom’s adjusted defensive efficiency rankings. Gonzaga has been held under 80 points just three times this year.

The fascinating matchup will be inside the 3-point arc. USC is No. 1 in the country in 2-point field goal defense. Opponents are shooting just 41.5 percent inside the arc. Gonzaga is shooting 63.9 percent from 2-point range, tops in the nation.

The Zags are the most dynamic offense in the country with weapons all over the floor, but the USC defense should be able slow them down enough to keep the game close. Additionally, the Mobley brothers should cause some issues for Gonzaga center Drew Timme on both ends of the court. Timme was unstoppable against Oklahoma, finishing with 30 points, and had 22 points against Creighton.

While his team may not advance to the Final Four, USC head coach Andy Enfield should improve to 10-0 ATS in his career in the NCAA Tournament.

DirecTV to become standalone company through $16B AT&T, TPG deal