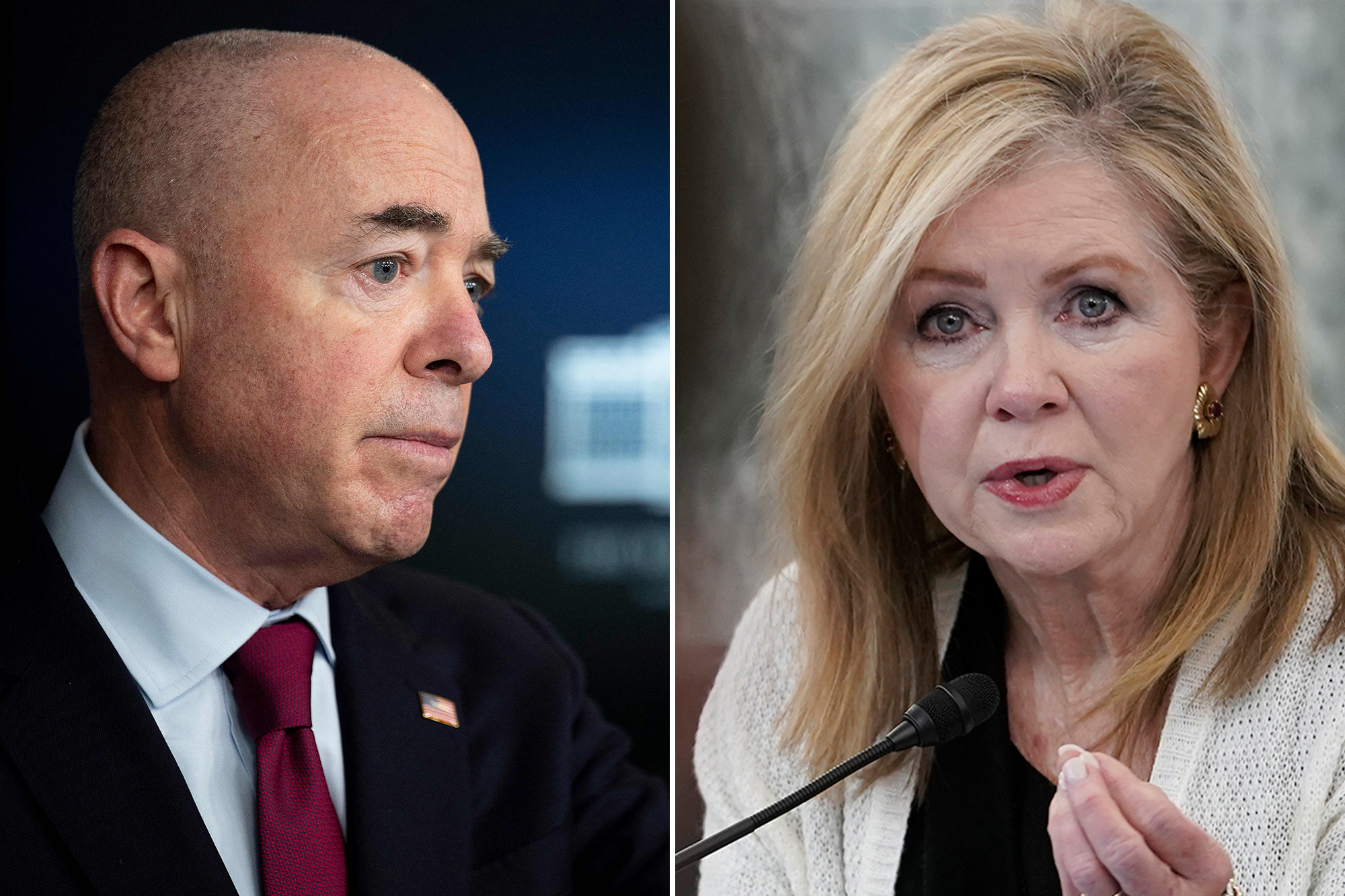 Republican Sen. Marsha Blackburn is demanding answers from the Department of Homeland Security and Immigration and Customs Enforcement Tuesday over the $86.9 million the agencies are spending to house more than 1,200 migrant families in hotel rooms.

The Biden administration, earlier this month, awarded ICE an $86.9 million contract through Texas-based nonprofit Endeavors for hotel rooms near the border to provide temporary shelter and processing services for families who have been expelled from the United States but have been placed in immigration proceedings for their removal.

But Blackburn, R-Tenn., in a letter to DHS Secretary Alejandro Mayorkas and ICE acting Director Tae Johnson, is questioning the nonprofit’s past financial disclosures and how the new contract funds will be used.

Blackburn said that in 2018, Endeavors brought in “over $38 million in contributions and grants,” and noted that “IRS filings show that nearly $22 million or almost half of those contributions went to salaries.”

“This raises questions if half of the $86.9 million in ICE contract proceeds will likewise be allocated toward employee and executive compensation instead of migrant services or housing,” Blackburn wrote.

“As the current contract stands, the cost to taxpayers for housing 1,200 migrant families for six months is about $71,000 per person,” Blackburn wrote. “For a family of four, that amounts to a shocking $284,000 — enough to buy a small house.”

The ICE contract with Endeavors provides 1,239 beds and “other necessary services” for families, including a comprehensive health assessment and COVID-19 testing.

Blackburn, though, raised concerns that Endeavors’ CEO Jon Allman did not provide “specific details about the contract” when asked.

“It is unclear whether this nonprofit has ever previously managed a contract of this magnitude, housed a migrant population of this size or served vulnerable children without putting them at further risk,” Blackburn wrote.

Blackburn was referring to Allman’s comments earlier this month, when he confirmed the contract with DHS, saying it would provide “critical services to migrant families, which is a continuation of services we have delivered to the migrant population since 2012.”

Allman deferred questions regarding specific details about the contract to ICE.

“DHS and ICE must provide commitments to assure Congress and the American public that Endeavors is up for the task of securely and efficiently housing illegal immigrants without resulting in waste or abuse of taxpayer dollars, or worse, harming vulnerable migrant children,” Blackburn wrote.

Blackburn went on to demand an unredacted copy of the $86.9 million contract and answers as to which hotels would supply rooms for migrants, which rates would they be charging and who ‒ whether Endeavors or DHS ‒ will be responsible for compensating the hotels.

Blackburn also requested information about children safety, questioning whether migrant children would “ever be placed in a situation where they are unsupervised by a parent or a guardian and left alone with an Endeavors staffer.”

Blackburn also asked whether ICE was requiring Endeavors to conduct background checks on workers and volunteers, amid reports that the Office of Refugee Resettlement between 2015 and 2019 received more than 4,500 allegations of sexual abuse and sexual harassment against children in facilities. Blackburn said “178 of the complaints were against staff at the shelters.”

Meanwhile, Blackburn also asked if the nonprofits would be “subject to the same rigorous security standards as private detention facilities.”

Blackburn demanded answers from Mayorkas and Johnson by April 15.

Customs and Border Protection announced that the agency encountered 100,441 individuals in February, a 28 percent increase over January, the agency said. Of those, 19,246 individuals were in family units, 9,457 were unaccompanied children and 71,598 were single adults.

All the best ‘WandaVision’ merch the internet has to offer

If You Care About Privacy, It’s Time to Try a New Web Browser