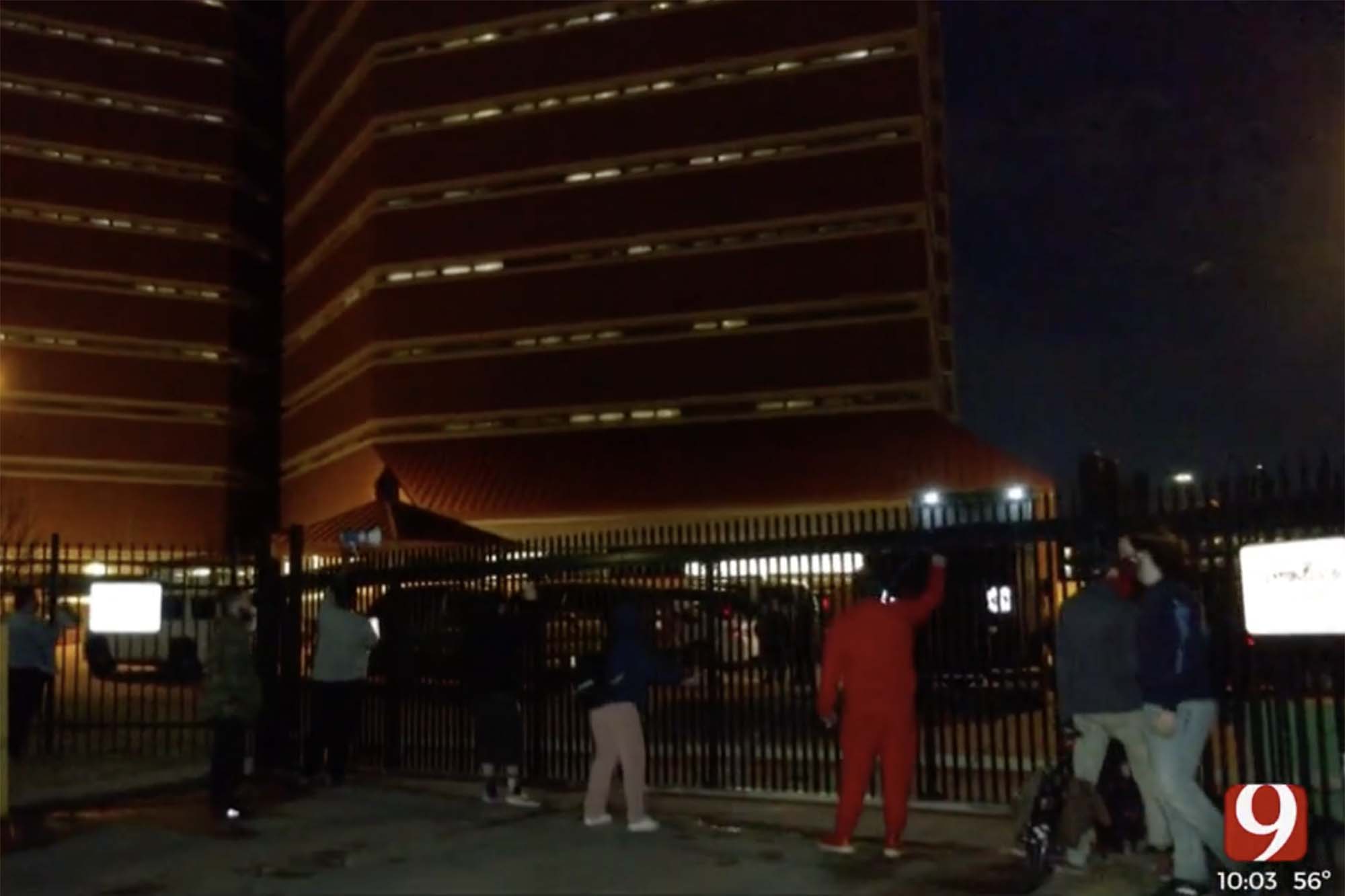 Shocking videos show an Oklahoma corrections officer forced to crawl on his knees after being taken hostage by an inmate — one who was then shot and killed when he held something to the warden’s neck, officials said.

The deadly drama Saturday afternoon at Oklahoma County Detention Center was streamed live on social media by other inmates — as well as by the hostage-taker himself, according to clips shared by Fox News.

They show the officer — who officials said was “overrun” while handing out medications — sweating and looking panicked as he was on his knees with his hands bound behind him, his mask pulled down off his face.

The protest “ain’t got nothing to do with this” officer, one man was heard ranting in a clip. “He just happens to be a product of the situation, man,” the voice said.

The hostage-taker, who officials said took the officer’s radio and keys and started freeing other inmates on the 10th floor, also ranted about conditions in the prison, saying to camera how “we can’t take showers.”

Law enforcement initially tried to de-escalate the inmates during an initial standoff at the county jail, they said at a press conference.

But the hostage-taker was ultimately shot and killed after appearing to hold something against the neck of the correctional officer, Oklahoma County Sheriff Tommie Johnson III said.

Inmates continued filming after the shooting, showing the suspect unresponsive in a pool of blood, according to Fox 9.

The correctional officer was then rescued safely and taken to a hospital for treatment. Neither he nor the dead inmate were identified.

‘The Avengers’ movies are getting the Shakespeare treatment