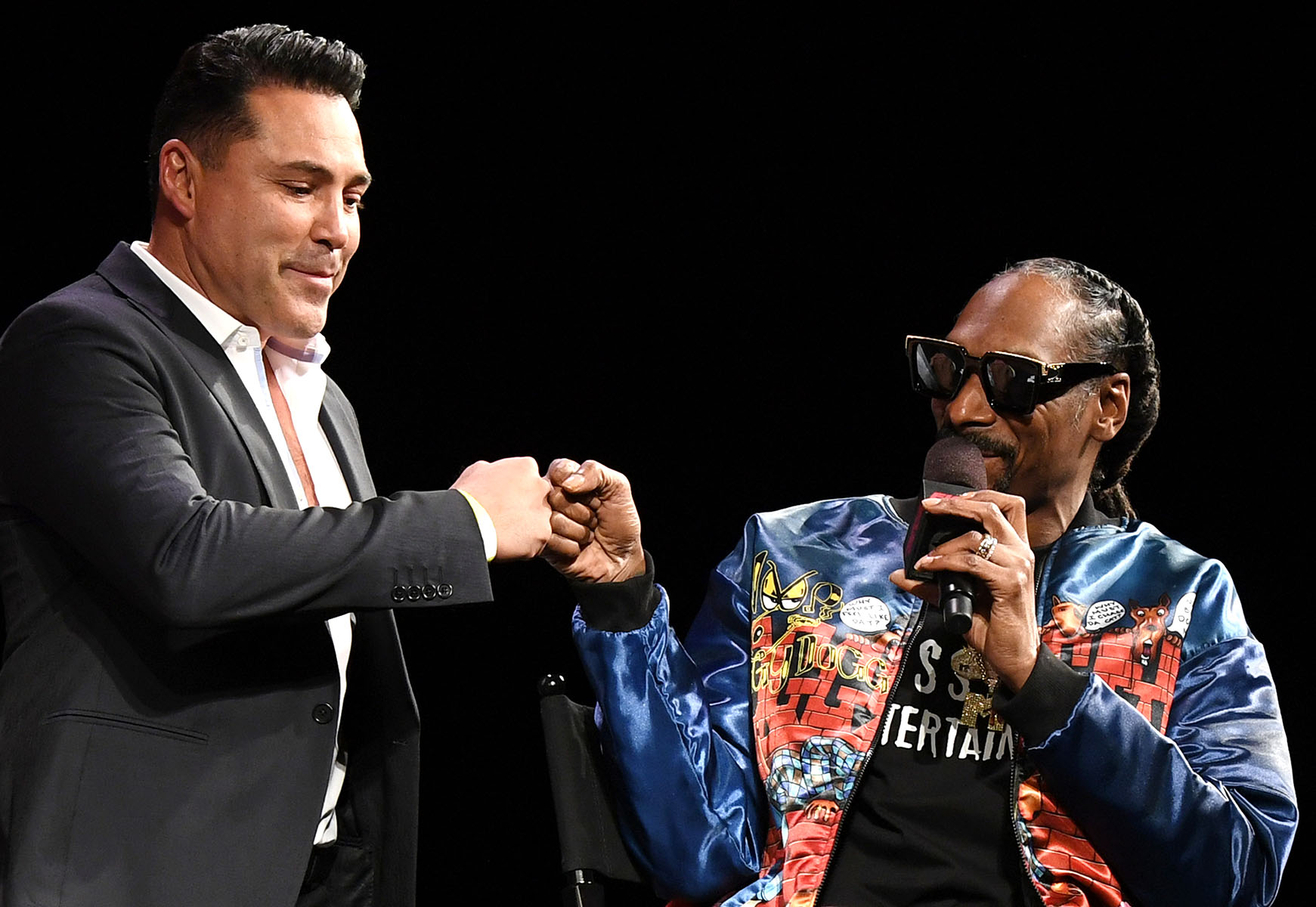 Mike Tyson returned to the ring at age 54, and now another boxing legend is following his lead.

Oscar De La Hoya, 48, said Friday in Las Vegas that he will be making his boxing comeback on July 3. De La Hoya made the surprise announcement at a news conference at the Venetian for upstart promoter Triller Fight Club. Snoop Dogg was also in attendance.

De La Hoya — who has been discussing a return to boxing for a long time — will be looking to fight at a large venue in Texas, possibly AT&T Stadium, Ryan Kavanaugh, the CEO of Triller parent company Proxima Media, told ESPN. Kavanaugh told Yahoo Sports that De La Hoya’s goal is to fight Floyd Mayweather, while telling ESPN a fight against a big-name UFC fight also is possible.

“[De La Hoya] has been [training] and in his own words, he’s stronger and better than ever,” Kavanaugh told ESPN.

This won’t be a one-off fight for De La Hoya, who has a multifight deal with Triller, ESPN reported.

De La Hoya, who hasn’t fought since his 2008 loss to Manny Pacquiao, is a former six division boxing champion and Olympic gold medalist.

As for Tyson, his much-talked about fight with Evander Holyfield fell through on Tuesday. Tyson reportedly rejected a $25 million offer for the trilogy fight against Holyfield at the Hard Rock Stadium in May.

Tyson, who still could fight again, showed glimpses of his past punching power in his exhibition fight against 51-year-old Roy Jones on Nov. 28 which was unofficially ruled a draw.

Mets’ Robert Gsellman in danger of being shipped to alternate site