Hunter Biden sent a text message that said the Secret Service responded after his handgun disappeared in 2018 — contradicting the agency’s assertion that it wasn’t involved, The Post has learned.

In a lengthy message sent the following year, President Biden’s son described the situation in detail, saying his former sister-in-law-turned-lover, Hallie Biden, tossed the firearm into a trash bin outside Janssen’s Market, a gourmet grocery store in Wilmington, Del.

“She stole the gun out of my trunk lock box and threw it in a garbage can full to the top at Jansens [sic]. Then told me it was my problem to deal with,” Hunter wrote.

“Then when the police the FBI the secret service came on the scene she said she took it from me because she was scared I would harm myself due to my drug and alcohol problem and our volatile relationship and that she was afraid for the kids.”

The Jan. 29, 2019, message adds: “Really not joking the cop kept me convinced that Hallie was implying she was scared of me.”

In another message, sent closer to the incident, Hunter described the handgun as “my 38.”

“Took from lock box of truck and put it IN PapER BAG AND Threw it in trash can at local high end grocer. For no reason,” he wrote on Dec. 6, 2018.
“And I freaked when I saw it was missing 10 minutes after she took it and when she went back to get it after I scared the s–t out of her it was gone which led to state police investigation of me. True story.”

Both messages are contained on a hard drive obtained by The Post that holds the contents of a damaged laptop computer that was left at Wilmington repair shop by Hunter in April 2019 and never retrieved.

The Macbook Pro laptop was later seized by the FBI, apparently as part of what Hunter last year said is an investigation into his “tax affairs” by the Delaware US Attorney’s Office.

On Thursday, Politico reported that the incident involving Hunter’s .38-caliber revolver took place on Oct. 23, 2018, and that the firearm was fished out of the trash and surrendered several days later by an older man who found it while searching for recyclable items.

During the course of an investigation into its disappearance, Secret Service agents approached the owner of the gun store where Hunter bought it 11 days earlier and asked for paperwork related to the purchase, Politico said, citing two sources familiar with the matter.

The store owner refused the request, suspecting the Secret Service wanted to cover up Hunter’s ownership if the gun were later used in a crime, Politico said.

The owner later gave the documents to the Bureau of Alcohol, Tobacco, Firearms and Explosives, which regulates gun sales, Politico said.

Law enforcement officials told Politico that any Secret Service involvement — either on behalf of the Biden family or on its own initiative — would be inappropriate because the incident was being investigated by the Delaware State Police and the FBI.

In a statement Thursday, the Secret Service denied any role in investigating the missing gun.

The Secret Service doubled down on that statement on Friday, saying, The agency maintains there was no Secret Service involvement in the matter described.

The White House on Friday said it was standing by a Thursday statement that said, “President Biden did not have any knowledge of, or involvement in, the Secret Service’s alleged role in this incident, and neither he nor any family member was a protectee at that time.

The White House also said Thursday, “President Biden did not have any knowledge of, or involvement in, the Secret Service’s alleged role in this incident, and neither he nor any family member was a protectee at that time.”

Photos posted on Twitter on Friday afternoon showed Hunter, his wife Melissa Cohen and their baby son preparing to board Air Force One with President Biden for a flight to Delaware. 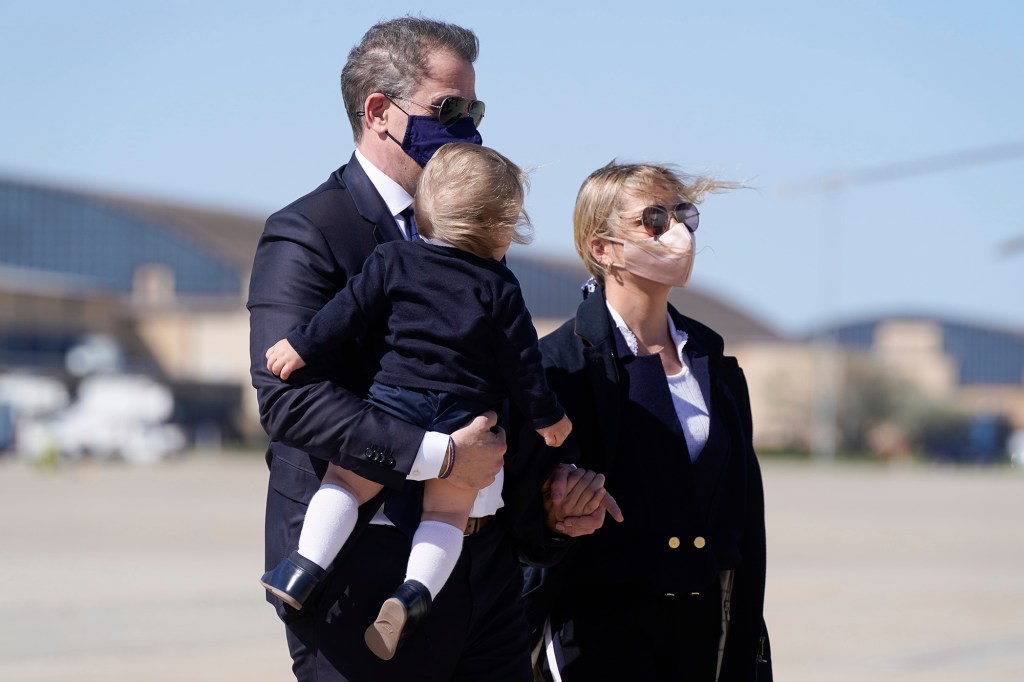 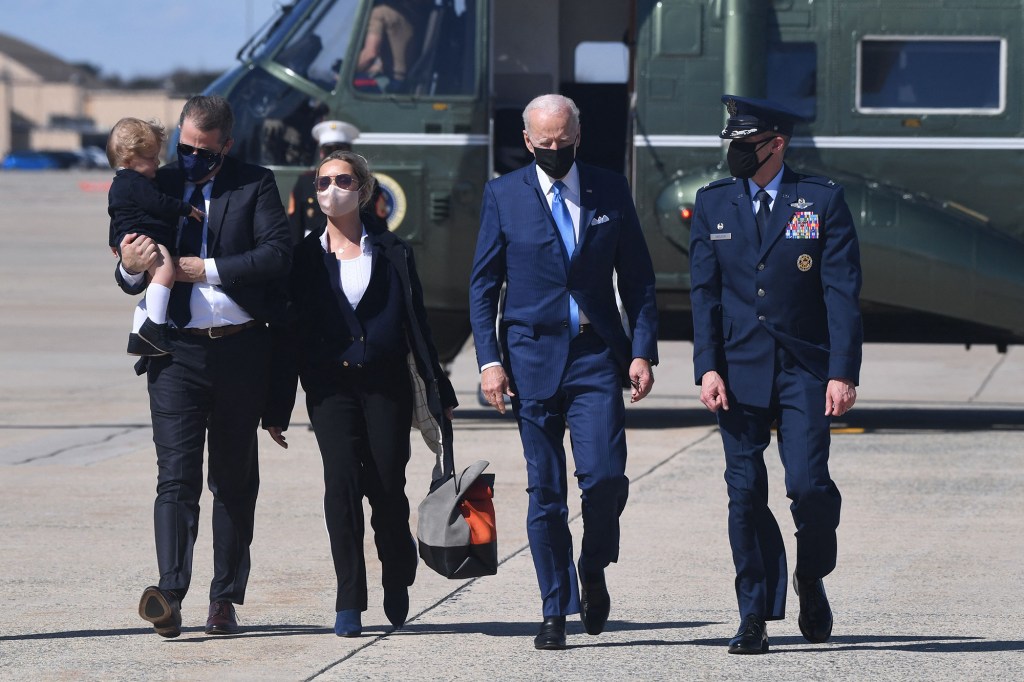 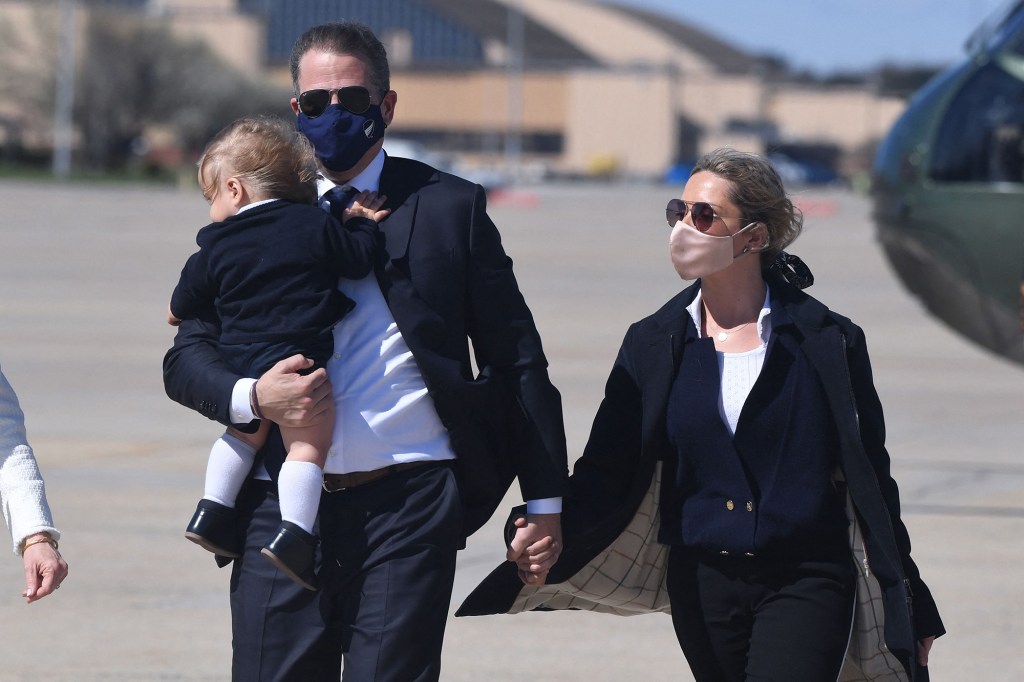 The octopus is an extraordinary creature – and not only…

The Massachusetts Board of Medicine labeled him “an immediate and serious threat to the public health, safety and welfare” over allegations that he “engaged in sexual activity and boundary violations with multiple patients, diverted controlled substances from patients, engaged in disruptive behavior, including displaying and pointing a firearm on multiple occasions in a manner that scared an employee, and procured his license renewal fraudulently.”

Hunter also sent the 2019 message to Hallie, with whom he has acknowledged having had an intimate relationship following the death of her husband, his older brother Beau Biden, and while estranged from his now ex-wife, Kathleen Buhle.

According to a July 2019 profile in the New Yorker, Hunter and Hallie broke up several months after they began living together in August 2017, after which he moved to Los Angeles in early 2018.