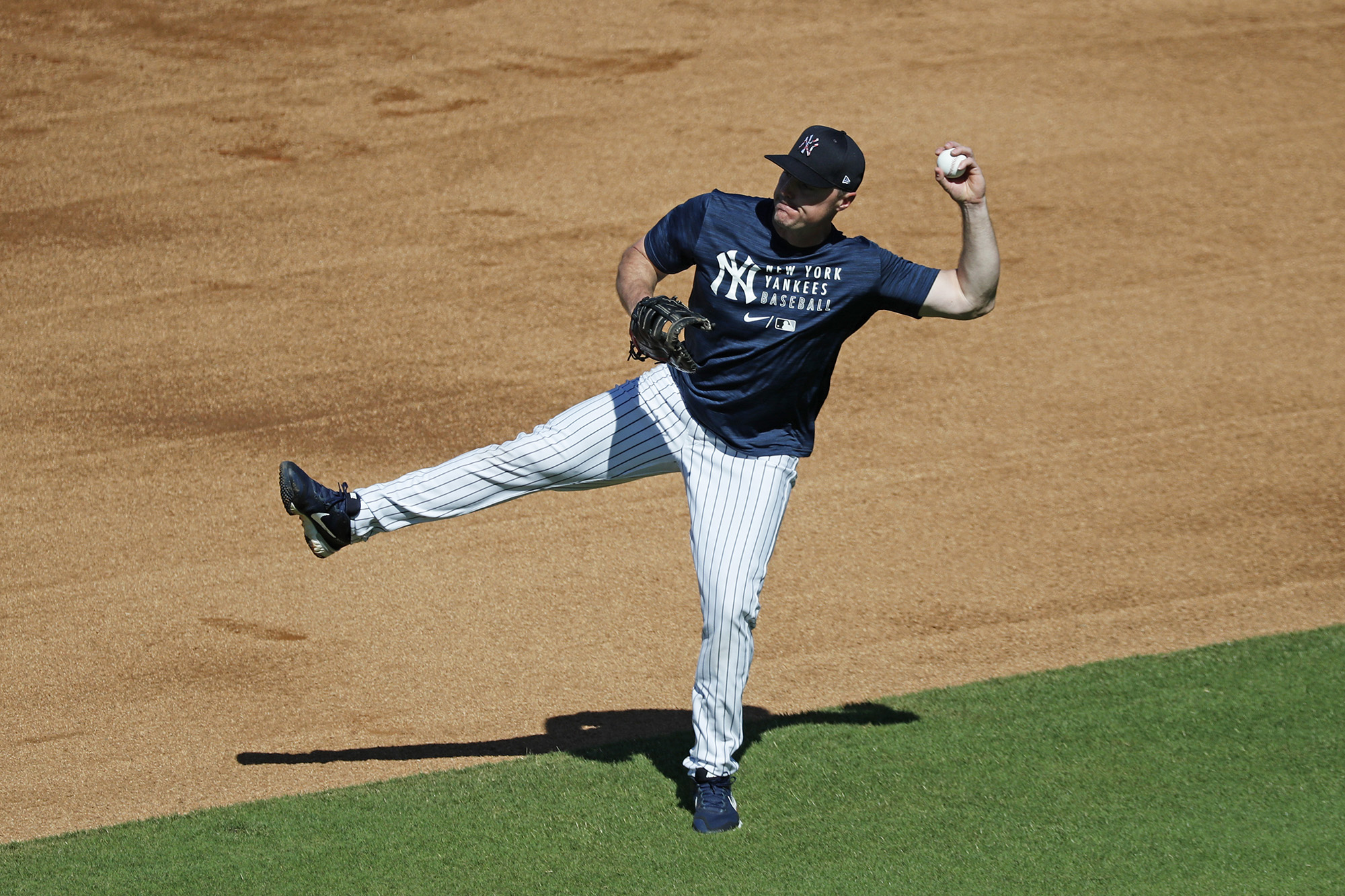 TAMPA — Opening Day isn’t until April 1, but the Yankees, and Jay Bruce, have an important deadline before that date.

If the Yankees don’t put Bruce on the 40-man roster Wednesday, his contract allows him to request they make him available to the other 29 clubs. Any interested team would then have 48 hours to agree to put him on its major league roster.

Manager Aaron Boone said the team has not made a decision regarding Bruce’s status.

“The reality is we — and a few of our players — have decisions to make in the next 24, 48, 72 hours,’’ Boone said following Wednesday’s 5-0 loss to the Blue Jays at Steinbrenner Field. “But no decision has been made as of right now.”

Bruce went 0-for-2 with a pair of strikeouts and played first base, as his production at the plate has slipped of late.

Mike Tauchman has played better as spring has gone on, and the Yankees like the fact he can play all three outfield positions well — and has four years of club control remaining.

“I don’t have any say in that,’’ Tauchman said Wednesday of whether he expects to make the team. “I’ve personally been happy with my level of at-bats, happy with the way I’ve played the outfield and happy with how my body’s felt. I think I’m in a position to play at a high level in the major leagues this year. To me, that’s much more of a priority than worrying about what people way above my pay grade are gonna do. I’m focused on playing baseball, focused on today. That’s really as far as I’m looking.”

Tauchman doesn’t have any minor league options remaining and said his swing is better than a year ago, when he was dealing with a shoulder injury.

“For a large part of the season, I didn’t feel like myself and it was difficult for me to take swings I wanted to take,’’ Tauchman said. “I developed some bad swing-path patterns. I feel strongly I’m in a much better position to have success this year.”

Boone said he got the COVID-19 vaccine “about a week ago” and will definitely encourage our guys to get it.”

The 48-year-old received a pacemaker this spring to address his low heart rate.

“In the end, it’s an individual decision,’’ Boone said of getting vaccinated. “Certainly, when I’m asked about it and talk to guys, I’ll certainly encourage it, but I don’t feel like it’s my place to tell somebody [to do it].”