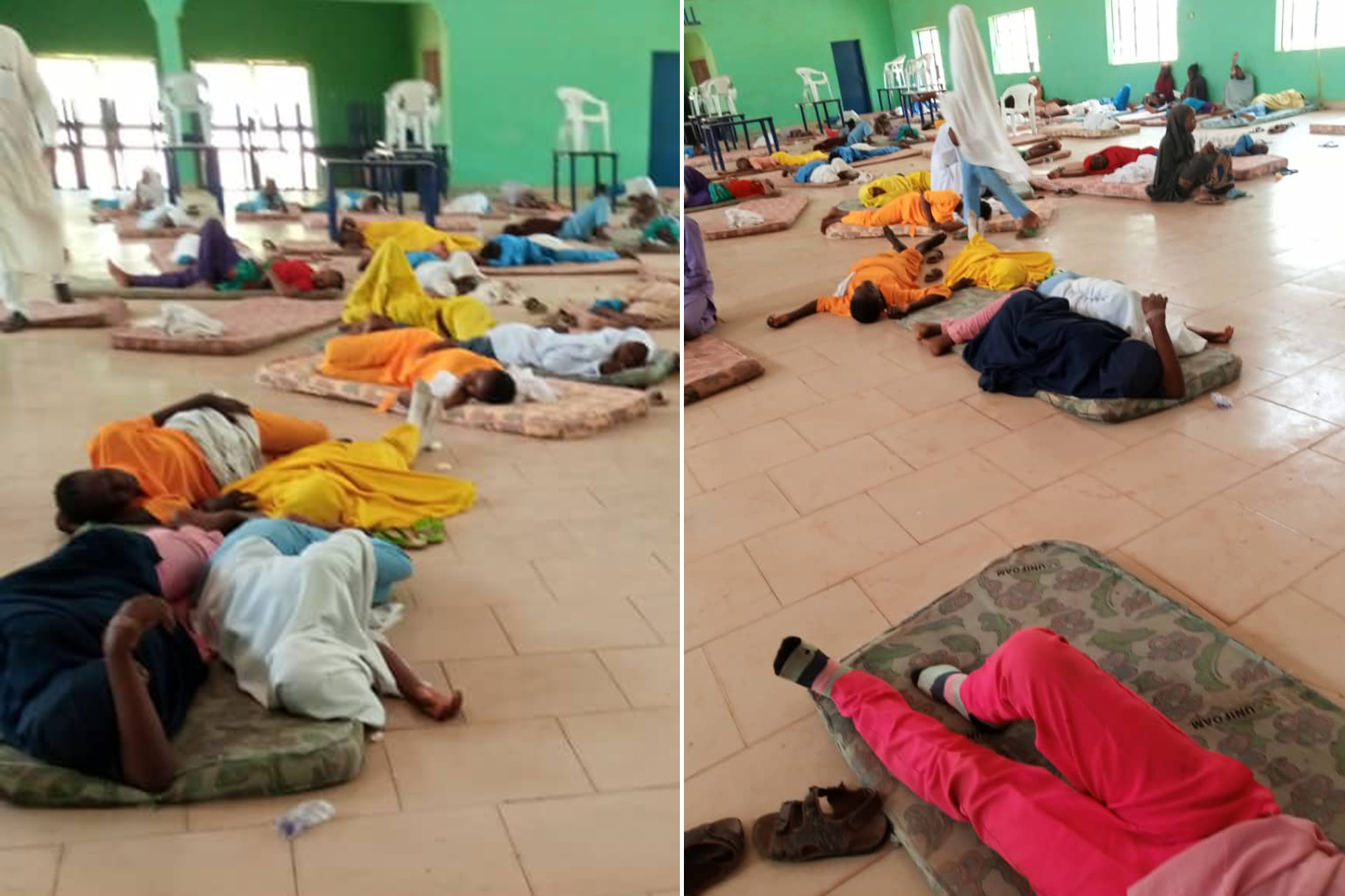 An unidentified illness ripped through a girls boarding school in Nigeria, killing one student and sickening some 30 of her classmates, according to local reports.

Authorities gave no details of the girl who reportedly died after falling ill at the state-run Government Girls College in Sokoto.

Photos from the school published by TVCNews showed scores of lethargic girls sprawled on mats on a boarding room floor.

The director of public health in Sokoto, Ahmed Abdulrahman, confirmed the outbreak and called for calm, telling the news outlet that the 30 other sickened classmates had been released from the hospital.

State medical officials were investigating the nature of the ailment, he told the outlet.

Meanwhile, in eight towns near Nigeria’s northern city of Kano, three people have died and some 200 were hospitalized last week after drinking expired fruit drinks, according to the Anadolu Agency news site.

Residents in six villages were stricken with hematuria, which causes weakness, bloody urine and fever, the agency said. Samples of expired fruit drinks were being tested to confirm the poisoning link, a state medical official told the agency.

At least 30 area residents were hospitalized Thursday with blood in their urine and vomiting, and there were three reported deaths, the Anadolu Agency reported.

Officials did not say whether there is a link between the similar-sounding attacks near Kano and at the boarding school, which is a seven-hour drive to the west.

How NCAA plans to pull off ‘complex’ March Madness 2021