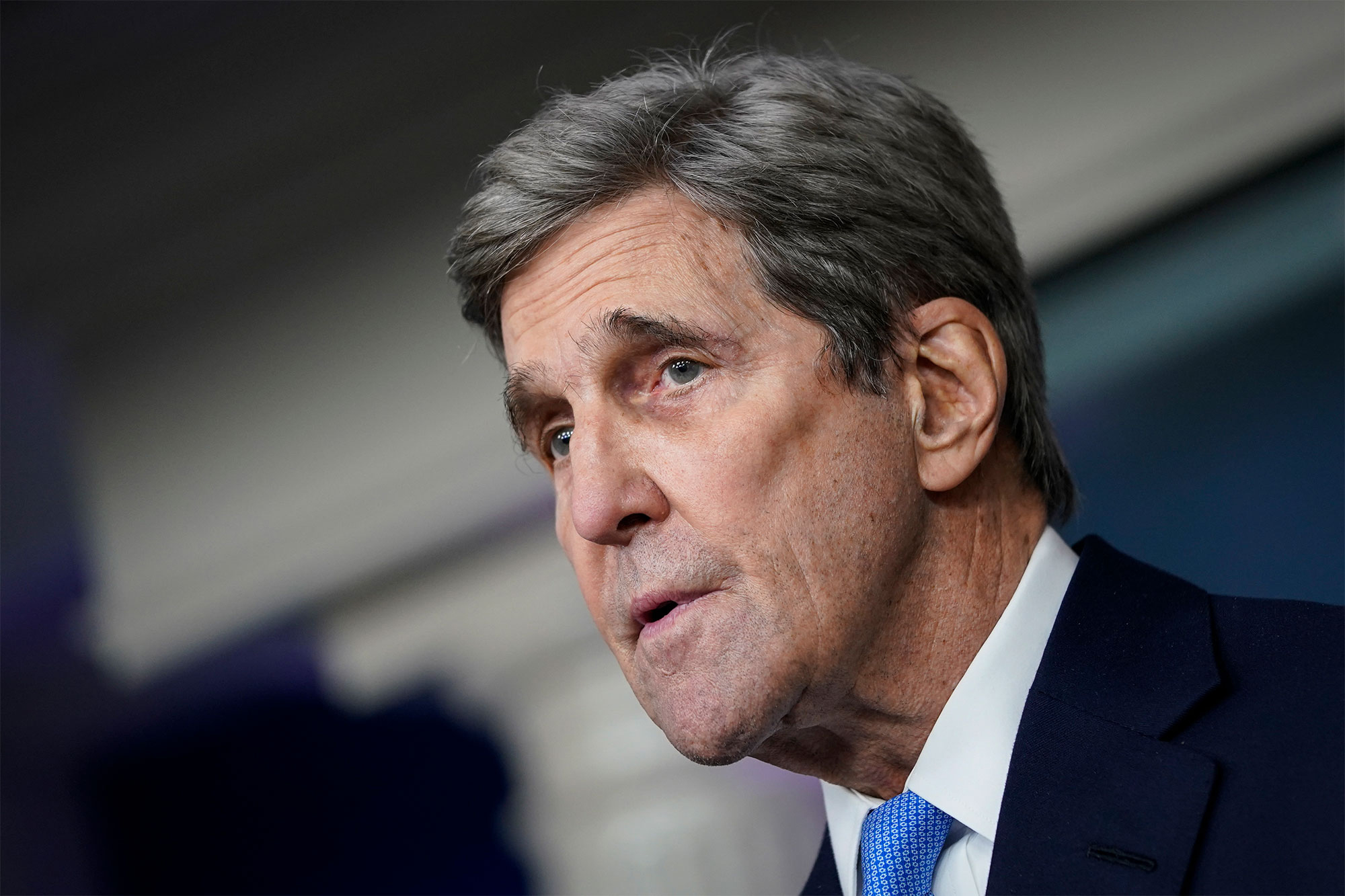 The Tennessee Star, a conservative news website, published a photo of a bare-faced Kerry apparently flying first-class from Boston to D.C. on Wednesday.

The airline requires all passengers wear masks on board, in accordance with directives from the CDC and TSA and Biden’s Jan. 21 executive order mandating face coverings during interstate travel.

“Consistent with U.S. government directives, individuals who refuse to wear a mask may be denied boarding, removed from the aircraft or subject to penalties under federal law, in addition to being barred from future travel with American,” the airline said in a statement last month.

While travelers are generally allowed to remove masks to eat or drink, it doesn’t appear that the former Secretary of State, now the U.S. Special Presidential Envoy for Climate, had any food or beverages near him in the photo. A flight from Boston to D.C. is roughly an hour and a half long.

Several people on Twitter called out Kerry, with some conservatives charging the incident was a case of liberal hypocrisy around mask-wearing.

“SPOTTED: Liberal hypocrite & Biden Admin official @JohnKerry flouting @JoeBiden’s Federal mask mandate. NOTE: His mask is off & he isn’t eating or drinking. Will he be fined for breaking the law & banned from flying @AmericanAir like regular citizens would be?,” former first son Donald Trump Jr., wrote on Twitter.

An American Airlines spokesperson issued a statement saying, “Masks are required on board our aircraft, and we are looking into this.”

The White House didn’t immediately return a request for comment.

Emma Booth’s belief in ghosts led to ‘The Gloaming’

Emma Booth's belief in ghosts led to 'The Gloaming'