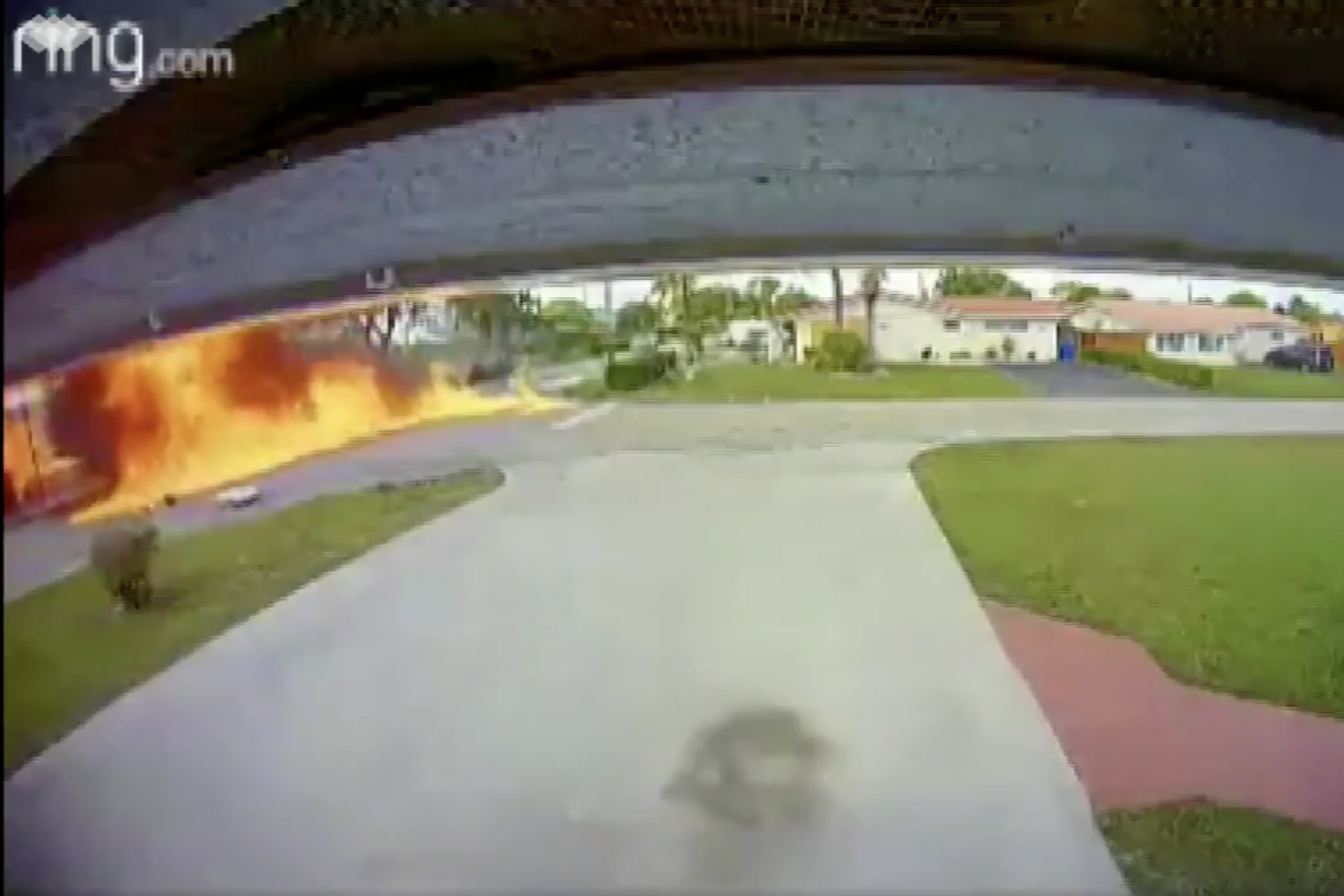 Three people were killed — including a young child — and a fourth person was injured when a small plane crashed into a car on a residential block in Florida on Monday, reports said.

The fiery wreck occurred just outside the North Perry Airport in Pembroke Pines at about 3 p.m., authorities told CBS Miami.

Two people aboard the single-engine Beechcraft Bonanza died in the crash.

A young boy, who was inside the car also died, the South Florida Sun-Sentinel reported, while his mother was hospitalized in serious condition.

Ring doorbell video obtained by a local CBS station captured the horrific crash, showing the plane slam into the car before sliding into a fence and catching fire.

“We heard like a bomb, like a tremendous noise and everything was on fire and it dived into a car,” witness Anabel Fernandez told the outlet.

“I live right here. I walk with my babies every day. The plane could have got us all. I am in shock.”

The crash is being investigated by the Federal Aviation Administration and the National Transportation Safety Board.

Queens and Manhattan borough presidents call on Cuomo to resign