US astronaut launching next month may spend year in space 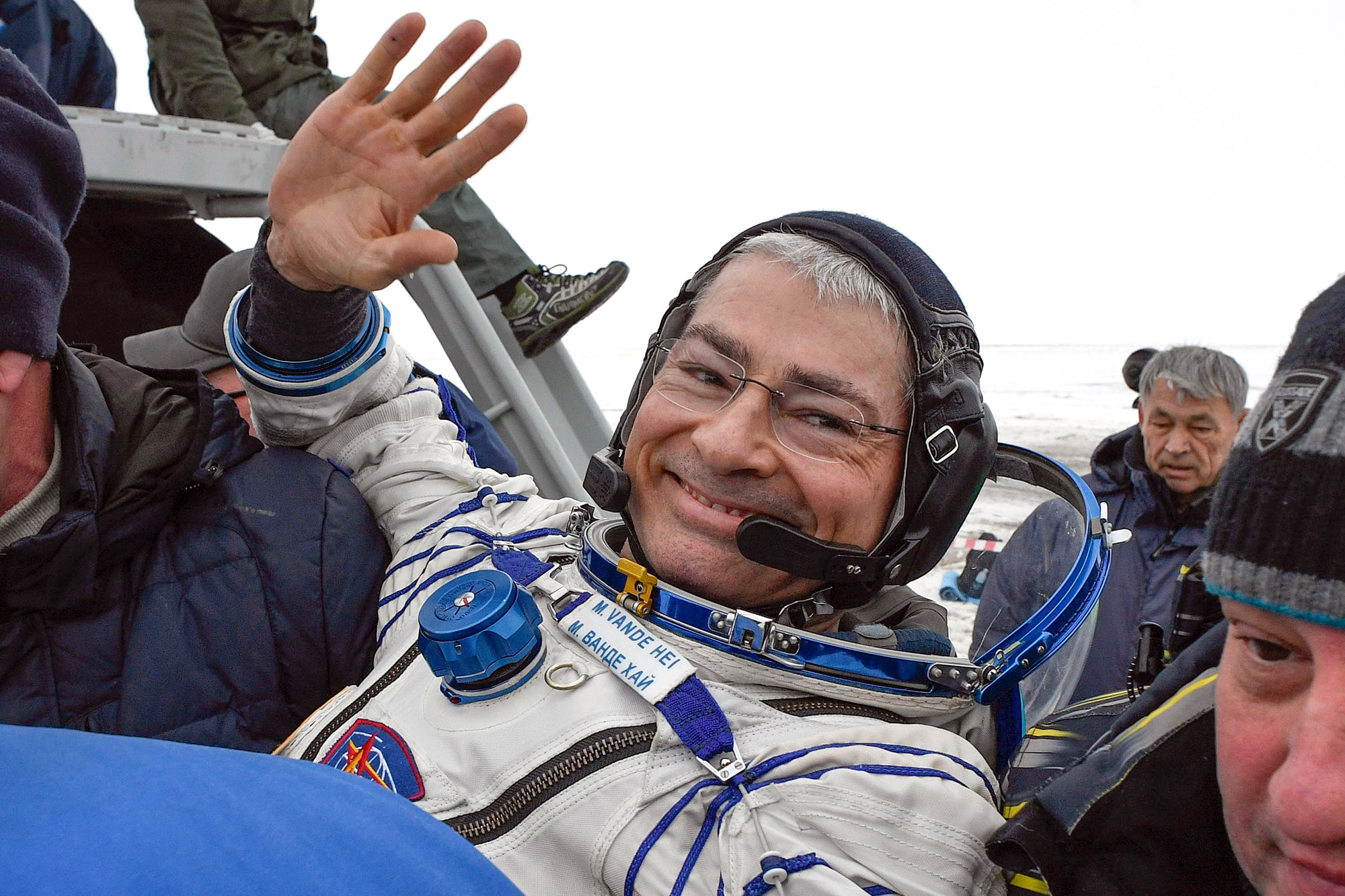 CAPE CANAVERAL, Fla. — NASA may soon chalk up another one-year space mission thanks to an out-of-this-world Russian movie-making deal.

Astronaut Mark Vande Hei learned just last week that he’ll launch April 9 on a Russian rocket to the International Space Station. The former station resident suspected that might happen and had been training just in case.

In a news conference Monday from cosmonaut headquarters in Star City, Vande Hei said he may have to give up his return Soyuz seat in the fall to a Russian space tourist who’s interested in filming up there. If that happens, he and possibly one of his two Russian crewmates would have to wait for the next Soyuz ride home — most likely in spring 2022.

“Honestly, for me, it’s just an opportunity for a new life experience,” he told reporters. “I’ve never been in space longer than about six months, so if someone tells me I’ve got to stay in space for a year, I’ll find out what that feels like. I’m really enthusiastic about it.”

The movie is planned by Russia’s Channel One and a TV film studio. Tentatively titled “Vyzov,” challenge in English, it’s meant to highlight Russian space activities and glorify the cosmonaut profession, according to a news release.

Five years have passed since now retired astronaut Scott Kelly completed a 340-day space station mission, a US record. Astronaut Christina Koch came close to that a year ago.

NASA is eager for more extra-long missions to study the human body’s adaptation to weightlessness, especially as it looks ahead to Mars expeditions of at least a few years. Space station missions typically last six months.

Vande Hei was added to the next Soyuz crew — bumping a Russian — in order to keep a US presence on the space station in the event SpaceX’s next astronaut flight experiences a major delay. SpaceX is targeting no earlier than April 22. Until the private company began providing rides last year, Russia provided the only lift for space station crews once NASA’s shuttles stopped flying.

Operations on the U.S. side of the orbiting lab would be hampered if no Americans — only Russians — were on board, according to Vande Hei. It’s also a symbolic issue after 20 straight years of U.S. astronauts in space, he noted. The astronauts there now are due to leave in April and May.

The good news is that NASA managed to launch his clothes up there. Otherwise, the retired Army colonel would have been stuck wearing much bigger outfits meant for someone else.

Vande Hei expects to get his second COVID-19 vaccine this week. He remains vigilant about wearing masks, even when he and his Russian crewmates are training in spacesuits.

“It’s not very comfortable, but it’s the right thing to do,” he said.

Paige Spiranac ‘got so much joy’ from Bryson DeChambeau’s shanks

Paige Spiranac ‘got so much joy’ from Bryson DeChambeau’s shanks