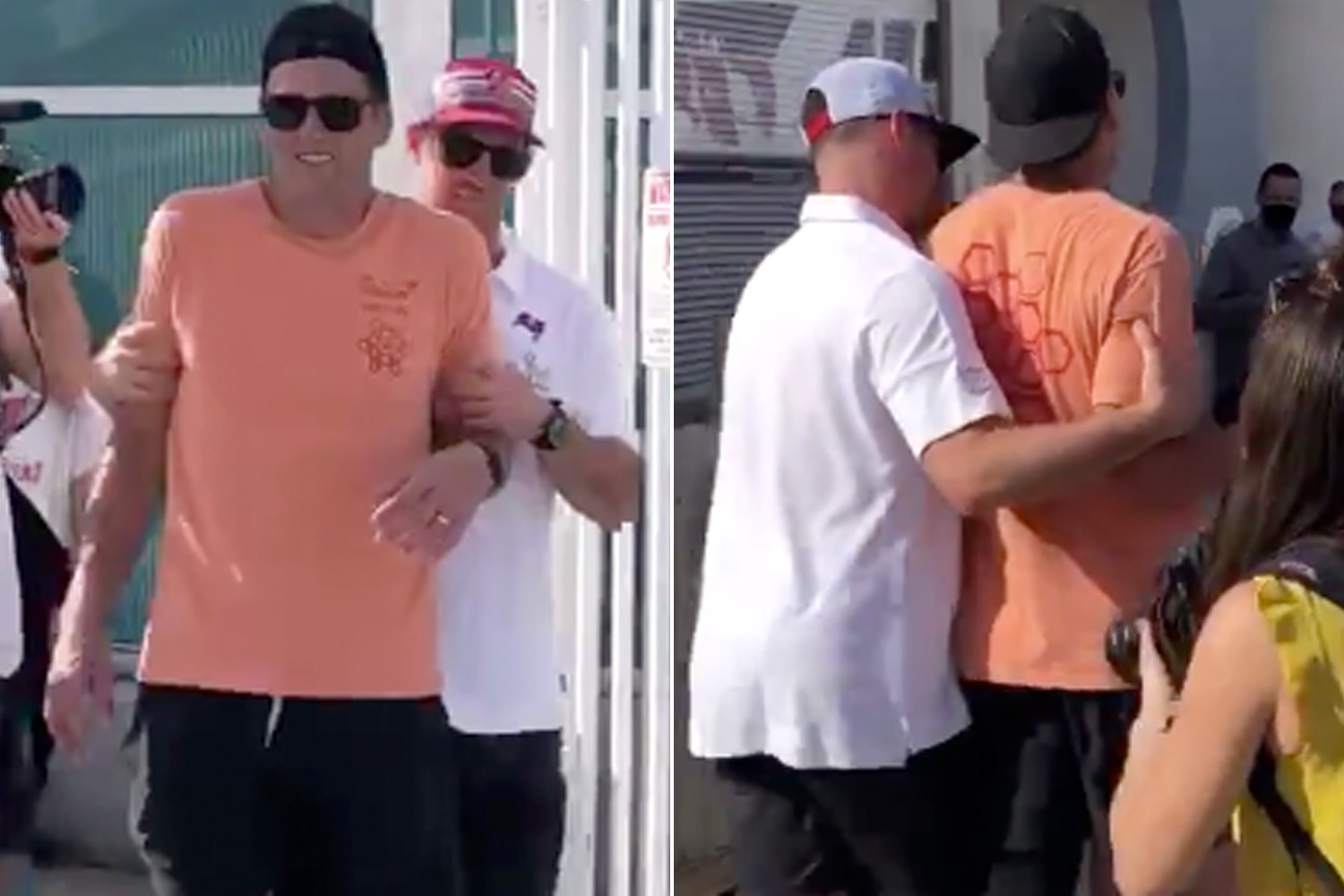 The 43-year-old quarterback — who struggled on land after tossing the Lombardi Trophy around on the high seas — told James Corden on “The Late Late Show” that his wobbles were caused by multiple culprits.

“Sea legs or, dare I say it, a touch of tequila?” Corden asked Brady on Tuesday.

“I think a little of both,” Brady replied. “It was definitely a moment of celebration, I’m happy I’m on land at that point, absolutely. Happy I’m being surrounded by my fellow quarterback Griff (Ryan Griffin) — the right place at the right time. Who could have a friend better than that? Making sure I was just so comfortable walking off the boat like that.”

Brady also spoke about his decision to toss the Lombardi Trophy to another watercraft, telling Corden he ignored the “voice of reason,” his 8-year-old daughter Vivian.

“Who could imagine that an 8-year-old girl would have the most sense of anybody?” Brady said. “She’s the voice of reason. Go figure.”