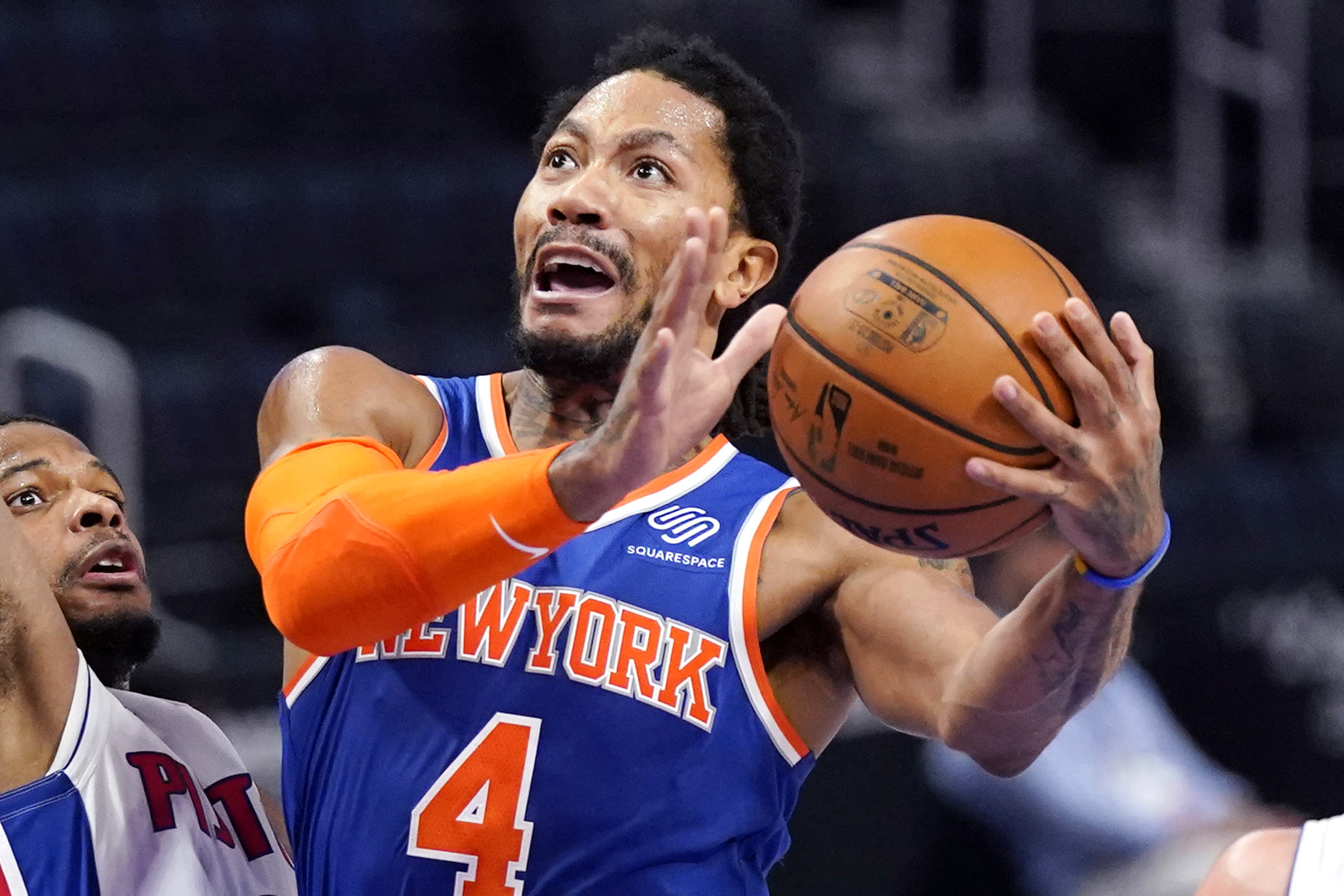 Derrick Rose could be back in the Knicks’ lineup Thursday night after missing Tuesday’s loss in San Antonio due to the NBA’s health and safety protocols.

Rose was forced to sit out Tuesday’s game because his pregame COVID-19 test came back inconclusive, but the veteran guard was cleared to fly back to New York with the Knicks after the results of multiple tests thereafter were negative, a source confirmed.
Rose could be eligible to play in the final game before the All-Star break Thursday night against Detroit at the Garden as long as his pregame tests also produce a negative result.

With starting point guard Elfrid Payton also missing his fourth straight game with a hamstring injury, Frank Ntilikina moved into the starting lineup Tuesday and scored a season-high 13 points in a 26-point loss to the Spurs. The 32-year-old Rose had started the previous three games, averaging 16.3 points and 7.3 assists in 32.7 minutes per appearance.

Ntilikina was forced to quarantine for a week in a Miami hotel last month for COVID-19 contact tracing because he had come in contact with someone who had tested positive for the virus.

Tiger Woods is back in the video game business

Hollywood residents have a cow after landmark sign defaced